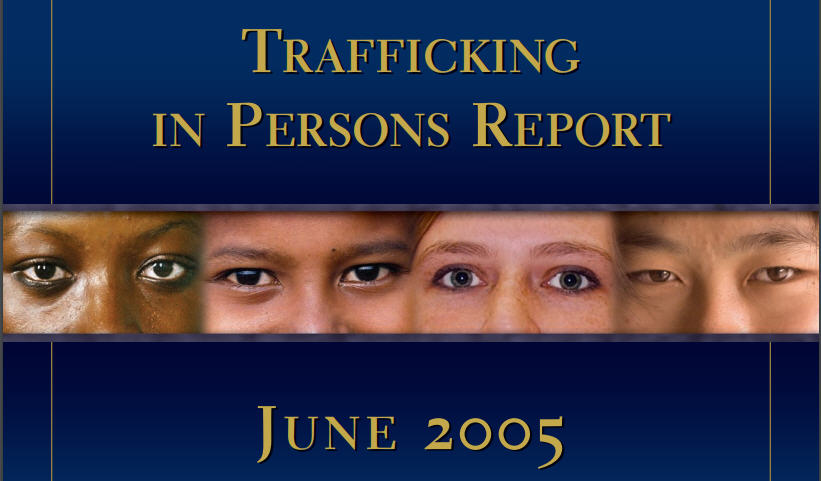 Taiwan is primarily a destination for women and girls, mainly from the People’s Republic of China (P.R.C.), who are trafficked for the purpose of sexual exploitation. Some trafficking victims from the P.R.C., Thailand, Cambodia, and Vietnam are forced or coerced into the commercial sex trade or lured to Taiwan by fraudulent offers of employment or marriage. Some Taiwan women are also trafficked to Japan for sexual exploitation.

Taiwan lacks a comprehensive trafficking law providing for preventive measures and victim protection, though most forms of human trafficking are criminalized through a number of different statutes. Trafficking of Taiwan residents abroad or children of any nationality is prohibited by the 1995 Statute for Prevention of Child and Juvenile Sexual Trafficking and provisions in Taiwan’s Criminal Code. Article 296 criminalizes a broad range of forms of trafficking and servitude. Article 296-1 provides for stronger penalties when the crimes are committed by officials. Taiwan authorities report that they indicted 241 and convicted 150 persons under these statutes in 2004. Taiwan authorities took steps in 2004 to address the growing number of Vietnamese women lured to Taiwan as brides and then forced into prostitution. A more stringent law enacted in January 2004 and aimed at cross-Strait trafficking stipulates that any person found guilty of smuggling Mainland Chinese into Taiwan shall be punished with a prison term of three to ten years and fined up to $150,000. Authorities in late March 2005 broke up a trafficking ring run by two Taiwan Army officers and their wives. A year-long investigation into the ring produced a number of arrests for trafficking of P.R.C. women to Taiwan for exploitation in the sex industry. Taiwan authorities have increased training for law enforcement officials on trafficking issues and how to best assist a victim. In early 2005, Taiwan executed a local trafficker convicted of killing P.R.C. victims.

Foreign victims of trafficking who are not of P.R.C. origin are provided with shelter and counseling and are generally quickly repatriated. Current Taiwan law provides no legal alternative to the return to the P.R.C. of all unlawfully present P.R.C. citizens, including trafficking victims. Taiwan has recently increased efforts to provide protection to P.R.C. trafficking victims. Taiwan law enforcement authorities and NGO social workers interview all illegal immigrants in detention centers in order to identify possible trafficking victims. Women and girls identified as trafficking victims are housed in a separate wing, where they are provided with access to social workers, health care, vocational activities, and counseling. Women with children have an additional, separate area within the facility. Identified trafficking victims are exempt from rules that apply to criminal detainees. There is no policy or law that requires the authorities to evaluate whether victims would face persecution or retribution upon returning to the P.R.C. Authorities have established an island-wide toll-free “113 Women’s and Children’s Protection” hotline.

Taiwan law enforcement authorities are working to intercept criminal syndicates that smuggle P.R.C. migrants, including trafficking victims, to Taiwan. Taiwan continued its support of NGO anti-trafficking prevention programs, with government funding for public awareness programs targeting minors and awareness campaigns targeting Southeast Asian women who marry Taiwan men, including publicity campaigns funded by Taiwan in source countries. Taiwan officials have raised public awareness of the dangers of pornography and the use of the Internet to lure children into the sex trade. Social workers automatically visit high-school students with unexcused school absences to provide counseling and to ensure that the children do not fall into the sex trade or other illicit activities.