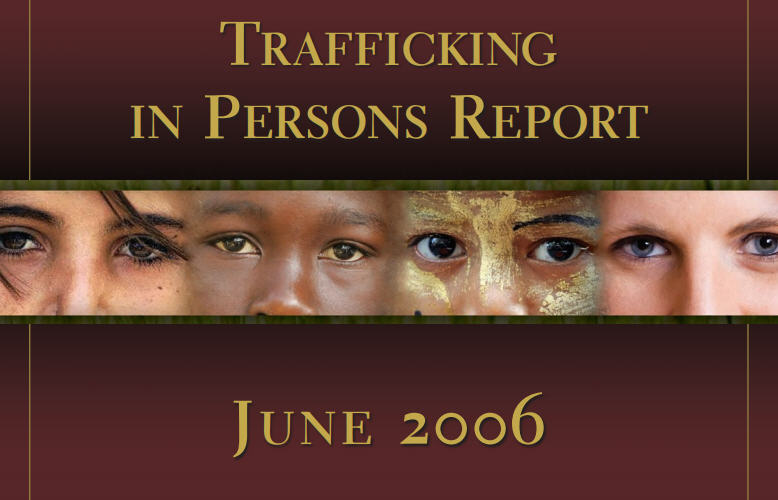 A significant share of foreign workers — primarily from Vietnam, Thailand, and the Philippines — are recruited legally for low-skilled jobs in Taiwan’s construction, fishing, or manufacturing industries or as domestic servants, and are subjected to forced labor or involuntary servitude by labor agencies or employers upon arrival in Taiwan. Many of these contract migrant workers come from poor rural areas and are forced to pay up to $8,000 to recruitment agencies or brokers for a job in Taiwan, resulting in substantial debt that labor agencies and/or employers use as a tool for involuntary servitude. The process for recruitment and placement of the 350,000 foreign workers in Taiwan — half of whom are caregivers working in private residences and not protected by Taiwan’s labor law — lacks regulation and oversight and may therefore lead to situations of involuntary servitude. The recruitment of foreign brides primarily from Vietnam, but also from other Southeast Asian nations, is poorly controlled and, as a consequence, has become a major conduit for the trafficking of girls and women into the Taiwan sex trade, as well as for forced labor. To a much lesser extent, there is internal trafficking of children for sexual exploitation and trafficking of a small and declining number of Taiwan women to Japan for commercial sexual exploitation.

Taiwan authorities do not fully comply with the minimum standards for the elimination of trafficking; however, they are making significant efforts to do so. Taiwan is placed on Tier 2 Watch List for its failure to show evidence of increasing efforts over the past year to address trafficking, despite ample resources to do so, particularly to address the serious level of forced labor and sexual servitude among legally migrating Southeast Asian contract workers and brides. Taiwan authorities need to demonstrate political will in tackling the trafficking in persons problem on the island. Taiwan should also develop a clear policy and action plan that adequately covers sex trafficking and involuntary servitude among foreign workers and brides. Comprehensive anti-trafficking legislation that criminalizes all forms of trafficking is critical to punishing traffickers who currently operate with relative impunity.

Taiwan has improved its collaboration with local and international NGOs to protect victims of trafficking, particularly P.R.C. citizens, and some members of its legislature are attempting to pass comprehensive anti-trafficking legislation. However, there continue to be concerns over the treatment of the large number of Vietnamese brides present in Taiwan. Taiwan officials concede that the process for admitting foreign brides is not sufficiently monitored, noting that 47 percent of Vietnamese brides in Taipei county are not living with their Taiwanese husbands. Taiwan also remains a destination for foreign workers. The oversight system for their recruitment and stay in Taiwan is not adequately scrutinized. Twenty thousand of the 350,000 foreign contract workers in Taiwan are “runaways” who have left their site of employment in Taiwan for a variety of reasons, including abuse or conditions of involuntary servitude. Taiwan authorities view most runaways as workers seeking to remain in Taiwan illegally, and therefore treat them as law-breakers, detaining and then deporting them immediately upon capture. Labor rights and anti-trafficking NGOs claim — with detailed accounts — that many of these runaway workers escaped conditions of bonded or forced labor or sexual servitude.

Taiwan has a number of related laws that may be used to prosecute traffickers, including laws against slavery and exploiting children in prostitution, but it does not have comprehensive anti-trafficking legislation. On April 13, 2006, Taiwan’s Council of Labor Affairs (CLA) announced that businesses or individuals caught employing illegal workers will be fined up to $23,000. The new regulation, which took effect on April 20, 2006, will be directed at those who knowingly hire illegal workers. The CLA also announced that it will begin inspecting businesses that employ large numbers of female workers to ensure the workers are not being mistreated and to verify that the businesses have mechanisms in place that allow workers to report sexual harassment or abuse.

Over the reporting period, there were 94 indictments and eight convictions for sex trafficking crimes under Sections 231, 296, and 296-1 of Taiwan’s criminal code; in contrast, there was only one reported prosecution for forced labor or exploitative labor practices. Although the CLA identified some victims of involuntary servitude, there were no cases referred for investigation or prosecution by law enforcement or judicial authorities. Punishments for employers or labor agencies found guilty of abuses, including forced labor, were administrative and light, most involving fines. The government has procedures for monitoring companies that employ foreign workers; however, none have been held criminally responsible for any potential trafficking-related violations. Taiwan legislative officials have drafted and are attempting to pass anti-trafficking legislation. Efforts are also underway to tighten immigration procedures and interviewing techniques in detention centers.

The Taiwan authorities provided inadequate protection for many victims of trafficking on the island over the last year, though they made efforts to improve levels of victim support in some areas. Most significant were efforts to identify and treat with care victims of sex trafficking found among the thousands of P.R.C. girls and women arrested for involvement in prostitution or immigration violations. As of April 3, 2006, there were 15 P.R.C. female trafficking victims at detention center facilities. Care for the estimated larger number of foreign victims of labor trafficking, domestic servitude, or sex trafficking among Southeast Asian contract laborers and imported “brides” remained uneven. Taiwan authorities continue to punish victims of trafficking for unlawful acts committed as a direct result of their being trafficked. Taiwan authorities fail to offer P.R.C. and Southeast Asian trafficking victims legal alternatives to their removal to countries in which they face hardship or retribution. Taiwan authorities operate two detention centers that are used to detain undocumented P.R.C. females prior to their forced repatriation, which contain separate, more comfortable facilities for the hundreds of P.R.C. females identified as trafficking victims. It is not clear if these identified trafficking victims are encouraged to assist in the prosecution of their traffickers. Victim protection varied widely among the different localities on the island. While Taiwan authorities provide substantial funding to the Foundation of Women’s Rights Promotion, which in turn funds local NGOs to which it also refers victims — primarily Vietnamese brides — there are no centrally funded anti-trafficking shelters on the island. Taiwan authorities have undertaken modest efforts to ensure that brides in Taiwan understand their rights, and also run a hotline for reporting abuse. However, critics claim that the hotline is rarely used and that most potential victims are not aware of its existence. Taiwan also made stronger attempts to interview foreign spouses upon entering Taiwan, as demonstrated by the increase in the identification of fraudulent marriages (30-35 percent were rejected in 2005).

In contrast, care and assistance to Southeast Asian contract workers who have become victims of involuntary servitude is minimal. Taiwan authorities made significant efforts to better regulate the foreign labor sector, but this was focused on minor labor abuses rather than on more serious allegations of involuntary servitude. In 2005, the CLA established 24 offices around the island to provide counseling and other services to abused foreign workers. These centers, however, do not provide overnight shelter for victims; the only shelters available for victims of labor exploitation or involuntary servitude are NGO facilities. In 2004, the CLA established legal aid offices, a hotline, and a booth in the airport aimed to provide information to incoming foreign workers. The CLA reported that it is administering a program that will allow abused foreign workers to be reassigned to another employer or be returned to their country of origin. It also plans to increase the number of labor inspectors. NGOs question whether the CLA will follow through with plans, and many foreign workers remain unaware of the hotline, pamphlets, or shelters.

Taiwan authorities’ public statements about the dangers of the sex trafficking problem demonstrate the seriousness with which Taiwan evaluates the problem. There is also a growing public awareness and media coverage of the huge forced labor problem found in Taiwan’s relatively unregulated inflow of low-skilled foreign contract laborers. Taiwan has conducted prevention campaigns aimed at foreign workers, including brochures laying out the laws in Taiwan and running radio public service announcements. Taiwan authorities, who participate in anti-trafficking training, also provide funding to international organizations for anti-trafficking outreach, largely for the purpose of counseling girls who may be sexually exploited or trafficked.