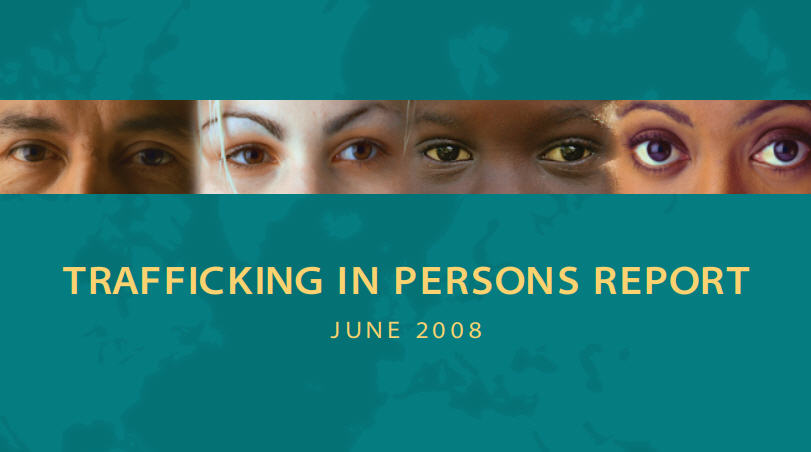 Taiwan is primarily a destination for men, women, and children trafficked for the purposes of forced labor and sexual exploitation. It is also a source of women trafficked to Japan, Australia, the United Kingdom, and the United States. Women and girls from the People’s Republic of China (P.R.C.) and Southeast Asian countries are trafficked to Taiwan through fraudulent marriages, deceptive employment offers, and illegal smuggling for sexual exploitation and forced labor. Many trafficking victims are workers from rural areas of Vietnam, Thailand, Indonesia, and the Philippines, employed through recruitment agencies and brokers to perform low-skilled work in Taiwan’s construction, fishing, and manufacturing industries, or to work as domestic servants. Such workers are often charged high job placement and service fees, up to $14,000, resulting in substantial debt that labor brokers or employers use as a tool for involuntary servitude. Many foreign workers remain vulnerable to trafficking because legal protections, oversight by authorities and enforcement efforts are inadequate.

Taiwan authorities reported that traffickers continued to use fraudulent marriages to facilitate labor and sex trafficking, despite increased efforts by the authorities to prevent this practice. Some women who are smuggled onto Taiwan to seek illegal work were sometimes sold in auctions to sex traffickers, and subsequently forced to work in the commercial sex industry. NGOs reported a sharp increase during the reporting period in the number of boys rescued from prostitution, mainly discovered during police investigations of online social networking sites suspected of being front operations for prostitution rings.

Taiwan authorities do not fully comply with the minimum standards for the elimination of trafficking; however, they are making significant efforts to do so. Taiwan authorities made clear progress during the rating period by improving efforts to investigate and prosecute trafficking cases, approving amendments to Taiwan’s Immigration Act that will significantly enhance legal protections for trafficking victims, and approving a budget plan of $12.6 million for victim protection measures.

The authorities on Taiwan made significant efforts in investigating and prosecuting trafficking crimes over the last year, particularly involving labor exploitation. Taiwan does not have a comprehensive anti-trafficking law, but a number of its laws collectively criminalize most forms of trafficking. Section 296 and 296-1 of Taiwan’s criminal code prohibit slavery and the use of coercion or deception to exploit a victim, but existing legal definitions and proof burdens hamper prosecutors’ ability to obtain convictions in cases involving fraudulent recruitment, coercion, or deception. One convicted under Section 296 or 296-1 can face up to seven years in prison. The Labor Standards Law, which prohibits forced labor under Articles 5 and 75, ensures overtime rates, and sets limits on the work-day and work-week. However, this law does not apply to the 160,000 foreign workers employed as private nursing caregivers or domestic helpers on Taiwan, who are especially vulnerable to labor exploitation. Typical punishments imposed on offenders convicted of forced labor under the Labor Standards Law are fines or imprisonment of less than one year ) punishments that are not sufficient. All employers of foreign laborers are covered by the Employment Service Act, which punishes labor trafficking offenses with fines, jail time, or both.

The Ministry of Justice took commendable steps during the reporting period to standardize data on trafficking to obtain more precise statistics on sex and labor trafficking cases. The Ministry of Interior (MOI) reports that authorities commenced prosecutions against 423 individuals for suspected trafficking in 2007, most of which were sex trafficking cases. Also in 2007, 74 individuals were convicted, including 16 for sexual exploitation of a minor, 53 individuals for sexual exploitation, and five for labor exploitation. However, most individuals convicted of sexual and labor exploitation of adults received a sentence of less than one year. During the reporting period, there were confirmed incidents of several local authorities accepting bribes and sexual services in return for ignoring illegal sex and labor trafficking activities. Of the nine local authorities charged with aiding or abetting trafficking activities in 2007, one was sentenced to 12 years in prison and the remaining eight cases are still pending. The Taiwan Criminal Investigation Bureau continued to assist U.S. law enforcement authorities in investigations of Taiwan-based smuggling networks involved in trafficking women to the United States.

Protection efforts by Taiwan authorities have improved modestly, but remained inadequate, during the reporting period. The vast majority of trafficking victims in Taiwan continue to be undetected by law enforcement authorities. Although Taiwan has formal victim identification procedures and has provided training on these procedures, immigration officers, police, prosecutors and other law enforcement personnel do not consistently follow the procedures. It is widely reported that authorities, particularly at the local level, fail to identify the vast majority of trafficking victims, classifying them instead as illegal immigrants or &runaway8 foreign workers in illegal labor status. As a result, many trafficking victims are detained, prosecuted, fined or jailed, and ultimately deported.

The majority of victims are treated simply as illegal immigrants or illegal laborers, and housed in formal, long-term detention facilities, which are sometimes plagued by overcrowding and poor sanitation. While incarcerated, most detainees have no access to psychological or legal counseling, and only limited access to medical services. Only a small percentage of trafficking victims are properly identified and removed from detention facilities. Some trafficking victims who were formally identified as such were inappropriately incarcerated solely for unlawful acts that were a direct result of being trafficked. During the reporting period, some identified victims, the majority of whom were held in detention facilities, were prosecuted for immigration, labor, and criminal law violations. In most cases, only those victims who cooperated with prosecutors in cases where charges were actually filed against the trafficker or other defendants were excused from punishment.

The treatment afforded to victims varies considerably from place to place. The Council for Labor Affairs (CLA) provides subsidies to 11 NGO-operated shelters for trafficking victims. Most of those sheltered in these facilities were referred by churches, NGOs, or other informal channels. In July 2007, the Executive Yuan approved the Human Trafficking Implementation Plan, 8 setting aside $12.6 million for construction and improvement of shelter facilities, education and training for authorities. During the reporting period, the National Immigration Agency solicited bids to operate a shelter for trafficking victims, but when no NGOs bid for the funds, which they deemed insufficient, the Legislative Yuan (LY) cut the funding allocation from the 2008 budget. Although the LY amended Taiwan’s immigration law to provide additional protections to trafficking victims in 2007, these amendments have not yet gone into effect.

The Taiwan authorities report that their efforts to combat trafficking abroad are hampered by a lack of formal diplomatic relations with source-country governments and an inability to join relevant international organizations. Domestically, the Taiwan authorities used broadcast and print media to sensitize the public to the plight of trafficked women forced to work in Taiwan’s commercial sex industry. The authorities also continued an outreach program to enhance foreign workers, understanding of their rights and the resources available to them, which included the distribution of multilingual emergency contact cards, announcements in foreign-language publications, and radio and television advertisements. The CLA spent $2.1 million in 2007 on 24 Foreign Labor Consultant Service Centers, which provide counseling, legal aid, and labor dispute resolution services to foreign workers. As part of an ongoing campaign to combat child sex trafficking, authorities on Taiwan displayed public service announcements at 680 cinemas nationwide and broadcast announcements on television and on online chat rooms frequented by Taiwan’s youth. Taiwan continues to operate an island-wide toll-free hotline for foreign spouses and foreign workers seeking assistance. Taiwan has an extraterritorial law criminalizing the sexual exploitation of children by Taiwan residents traveling abroad; however, it did not take other steps during the reporting year to reduce demand for child sex tourism.