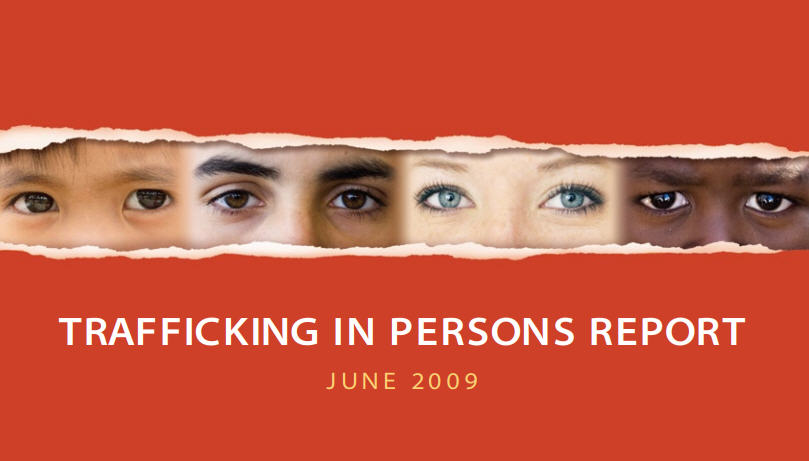 Taiwan is primarily a destination for men, women, and children trafficked for the purposes of forced labor and commercial sexual exploitation.  To a far lesser extent, it is a source of women trafficked to Japan, Australia, the United Kingdom, and the United States for sexual exploitation and forced labor, as well as a transit area for People’s Republic of China (PRC) citizens seeking to enter the United States illegally, some of whom may become victims of debt bondage and forced prostitution.  Most trafficking victims are workers from rural areas of Vietnam, Thailand, Indonesia, and the Philippines, employed through recruitment agencies and brokers to perform low-skilled work in Taiwan’s construction, fishing, and manufacturing industries, or to work as domestic workers.  Many of these workers fall victim to labor trafficking by unscrupulous brokers and employers, who force workers to perform work outside the scope of their contract and often under exploitative conditions.  Some women and girls from the PRC and Southeast Asian countries are trafficked to Taiwan through fraudulent marriages, deceptive employment offers, and illegal smuggling for sexual exploitation and forced labor.  Many migrant workers are charged job placement and service fees up to the equivalent of $14,000, some of which are unlawful, resulting in substantial debt that unscrupulous labor brokers or employers may use as a coercive tool to subject the workers to involuntary servitude.    Labor brokers often help employers forcibly deport “problematic” employees, thus allowing the broker to fill the empty quota with a new foreign worker who must pay placement and brokerage fees that may be used to subject them to involuntary servitude.  Many foreign workers remain vulnerable to trafficking because legal protections, oversight by authorities, and enforcement efforts are currently inadequate.  Taiwan authorities reported that traffickers, including syndicates in Southeast Asia, continued to recruit women from the PRC, Vietnam, Indonesia, and other Southeast Asian countries into marriages with Taiwan men, and then force them into prostitution or exploitative labor upon their arrival.  Some women knowingly enter into false marriages after being promised jobs as caregivers or domestic workers in Taiwan, but are subsequently forced into Taiwan’s sex industry or into forced labor.  NGOs continued to report an increase in the number of boys rescued from prostitution, mainly discovered during police investigations of online social networking sites suspected of fronting for prostitution rings.

Taiwan authorities do not fully comply with the minimum standards for the elimination of trafficking; however, they are making significant efforts to do so.  Taiwan authorities made noticeable progress during the reporting period by passing a new anti-trafficking law, bolstering law enforcement efforts, and approving a budget plan of $14.8 million for victim protection measures.  Authorities provided training for law enforcement, social workers, and judicial personnel to enhance investigative skills and increase understanding of human trafficking, victim protections, and related legal issues.  Taiwan’s efforts on victim identification and protection, however, remained inadequate over the last year.  NGOs report that immigration, police, and local law enforcement officials continue to view trafficking victims as runaways or criminals, resulting in some victims being penalized rather than assisted.

Taiwan authorities made notable progress in combating trafficking through law enforcement efforts during the last year.  In January 2009, Taiwan’s Legislative Yuan passed a new anti-trafficking law, which along with portions of the Criminal Code, criminalizes trafficking for both sexual exploitation and forced labor.  The new law, which provides punishment of up to seven years, imprisonment for sex and labor trafficking, will come into effect when all corresponding statutes and regulations have been amended to conform to its provisions.  During the reporting period, prosecutors continued to use sections of Taiwan’s criminal code, labor law, and immigration law to prosecute labor and sex trafficking offenses.  The Labor Standards Law, which prohibits forced labor, does not apply to the unknown number of Taiwan nationals and the 169,000 foreign workers — approximately half of Taiwan’s foreign work force — employed as caregivers or domestic workers on Taiwan, who are especially vulnerable to labor trafficking.  Typical punishments imposed on offenders convicted of forced labor or labor trafficking-related provisions under the Labor Standards Law are fines or imprisonment of less than one year (punishments that were not sufficient). The new anti-trafficking law criminalizes labor trafficking and significantly increases penalties for such offenses.  According to the Ministry of Justice (MOJ), six individuals were convicted in 2008 of trafficking-related provisions under the Employment Services Act.  There were no trafficking-related convictions under the Labor Standards Law in 2008.  Taiwan regulations allow employers to implement a system of “forced savings,” a practice known to facilitate trafficking whereby employers deduct up to thirty percent of a foreign worker’s monthly salary to be placed in a bank account in the worker’s name, while the worker has no access to the account.  Foreign workers are forced into such an arrangement upon arrival in Taiwan, and they are often sent home if they object.  The money is not returned if the worker ends work early due to abuse or exploitation, thereby deterring trafficked workers from seeking assistance. Traffickers also lure women to Taiwan with promises of marriage to Taiwan men, preying on hopes of a higher standard of living.  These arrangements are sometimes fraudulent, resulting in foreign women trafficked into forced labor or sexual exploitation in Taiwan.  Taiwan authorities banned for-profit marriage broker agencies in 2008, although there is a one-year grace period to allow existing agencies to close down operations.

The Ministry of Justice reports that authorities commenced prosecutions against 481 individuals for suspected trafficking from April to December 2008, most of which were sex trafficking cases.  From April 2008 until January 2009, 234 individuals were convicted of trafficking-related offenses, including 80 for sexual exploitation and 35 for labor trafficking.  In October 2008, the Taoyuan District Court convicted eighteen people for offenses related to coercing Indonesian and Vietnamese women to engage in prostitution and withholding their passports and earnings. The court sentenced the principal defendant to twenty years imprisonment and others to as many as twelve years imprisonment.  Some trafficking victims have been required to serve as witnesses in the trials of their traffickers and, as a result, have spent many months on Taiwan unable to work. Although amendments to the Immigration Act in August 2008 allow some trafficking victims to apply for temporary work permits, foreign victims have not been permitted to work while awaiting the outcome of labor disputes and trafficking investigations, and their mounting, often fraudulent, debts owed to home country and Taiwanese labor brokers lead many to flee shelters to seek illegal sources of income.  When the new anti-trafficking legislation is enacted, victims will not be required to serve as witnesses in an open court trial and will not need to be designated as witnesses by prosecutors in order to obtain a temporary work permit. During the reporting period, there were reports that some local officials took bribes to turn a blind eye to trafficking, and allegations that some Taiwan politicians accompanied employers or brokers to local Bureau of Labor Affairs (BLA) mediation sessions with workers who registered complaints.  Some sources believe these were thinly-veiled attempts to influence BLA officials and intimidate workers in order to achieve a favorable outcome for the employer or broker.  No officials were indicted or convicted of trafficking-related corruption during the reporting period.

Protection efforts by Taiwan authorities improved during the reporting period.  A significant number of trafficking victims on Taiwan continue to go undetected by law enforcement authorities.   Despite provisions in amendments to Taiwan’s Immigration Act enacted in August 2008, which allows trafficking victims to apply for six-month temporary residency and work permits, no such immigration relief has been granted.   Although Taiwan authorities have adopted formal victim identification procedures, implementation was not consistent and the process of referring victims from law enforcement custody to shelter facilities remained unreliable.  In February 2009, the Ministry of Justice amended victim identification principles to simplify and standardize trafficking indicators across agencies and to provide law enforcement officials with a reference guide for questioning victims.  These guidelines encourage multiple victim identification assessments by both field officers and detention center officials. During the year, officials began to outsource victim placement services to NGOs, who are better equipped to provide the social support services that victims need.  Nevertheless, many trafficking victims are treated as illegal immigrants or illegal laborers, held in detention facilities, prosecuted, fined, and ultimately deported. While incarcerated, most detainees have limited access to psychological or legal counseling.  NGOs reported that more victims were being identified by government authorities during the period, and the government ensured that these identified victims were not penalized for unlawful acts committed as a direct result of their being trafficking, though other victims not so identified by government authorities were likely arrested and penalized for immigration violations.   Officials claimed that language barriers hamper their ability to sufficiently identify victims and investigate trafficking cases.  In 2008, MOI began compiling a centralized interpreter database accessible by all law enforcement officials.  Victims who cooperated with prosecutors in cases where charges were actually filed against the trafficker or other defendants were, in most cases, excused from punishment.  Taiwan has no law to protect foreign trafficking victims from being removed to countries where they face hardship or retribution.

The treatment afforded to victims varies considerably from place to place.  The Council for Labor Affairs (CLA) provides subsidies to 11 NGO-operated shelters for trafficking victims.  Most of those sheltered in these facilities were referred by churches, NGOs, or other informal channels.  In August 2008 and March 2009, the National Immigration Agency (NIA) contracted NGOs to operate two new trafficking shelters for one year, one in Taoyuan and one in Hualien. The Taoyuan shelter, which is co-located with one of NIA’s long-term detention facilities, housed 12 victims in 2008, most of whom were labor trafficking victims.  There are some concerns that the shelter, which is a refurbished detention facility, would place victims under constant supervision by NIA officials.  The Crime Victim Protection Act was amended in January 2009 to expand protections to include foreign victims of trafficking.   According to the MOI, local government agencies placed 65 trafficking victims with government-subsidized NGO shelters during 2008.  In December 2008, the Executive Yuan approved a $14.8 million budget for anti-trafficking efforts through 2010.

Taiwan authorities report that their efforts to combat trafficking abroad are hampered by a lack of formal diplomatic relations with source country governments and an inability to join relevant international organizations. Taiwan demonstrated continued commitment to trafficking prevention efforts, spending over $900,000 in training and public awareness campaigns in 2008.  Authorities launched a multimedia campaign to increase public awareness of Taiwan’s human trafficking problem, and held multiple training seminars and workshops for law enforcement, prosecutors, labor officials, judges, social work and medical personnel, and NGOs.  The National Immigration Agency compiled and distributed an operations manual on human trafficking cases to law enforcement agencies, and the Ministry of Education included teaching materials on human trafficking in the national curriculum.  A Direct Employment Service Center allows the rehiring of foreign domestic workers without going through labor brokers.  This program could be improved and expanded, however, to encourage greater participation. As part of an ongoing campaign to combat child sex trafficking, authorities on Taiwan continued to display public service announcements in movie theaters, on television, and on online chat rooms and the Ministry of Transportation and Communications (MOTC) along with NGOs produced pamphlets and other materials in Mandarin, Japanese, and English to raise awareness of the child sex trade. Taiwan has a law with extraterritorial application that criminalizes the sexual exploitation of children by Taiwan passport holders traveling abroad; however, it did not prosecute anyone for child sex tourism abroad during the reporting period.