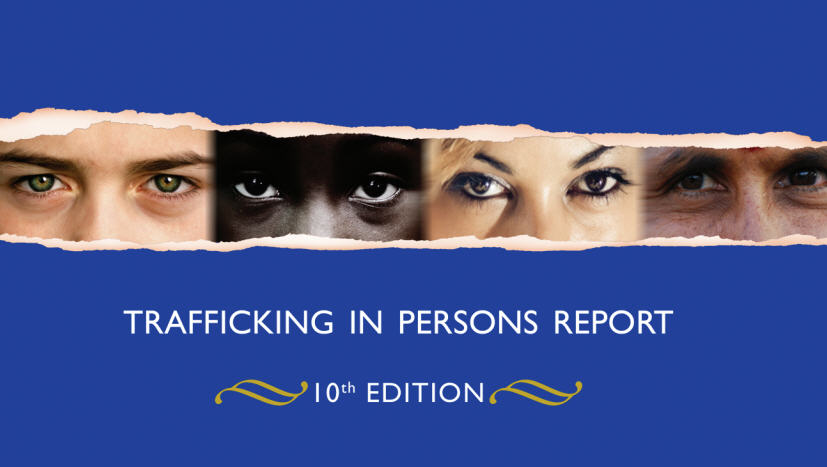 Taiwan is a destination, and to a much lesser extent, source and transit territory for men, women, and children subjected to forced prostitution and forced labor. Most trafficking victims in Taiwan are workers from Vietnam, Thailand, Indonesia, and the Philippines, employed through recruitment agencies and brokers to perform low-skilled work in Taiwan’s manufacturing industries and as home caregivers and domestic workers. Many of these workers fall victim to labor trafficking by unscrupulous brokers and employers, who force workers to perform work outside the scope of their contract and often under exploitative conditions. Some employers of domestic workers and home caregivers forbid their employees from leaving their residences, except on days off, making them extremely vulnerable to labor trafficking and other abuses and unable to seek help. Some women and girls from the China and Southeast Asian countries are lured to Taiwan through fraudulent marriages and deceptive employment offers for purposes of commercial sexual exploitation and forced labor. Migrant workers are reportedly charged up to $7,700 in recruitment fees typically in their home countries, resulting in substantial debt that may be used by brokers or employers as a coercive tool to subject the workers to forced labor. Labor brokers often assist employers to forcibly deport “problematic” employees, thus allowing the broker to fill the empty quota with a new foreign worker who must pay brokerage fees, which may be used to maintain them in a situation of forced labor.  Brokers used threats and the confiscation of travel documents as a means to control workers. Some women from Taiwan are recruited through classified ads to travel to Japan, Australia, the UK, and the United States for employment, where they are forced into prostitution. Taiwan is a transit territory for Chinese citizens who enter the United States illegally and may become victims of debt bondage and forced prostitution in the United States.

Taiwan authorities fully comply with the minimum standards for the elimination of trafficking. During the reporting period, Taiwan authorities identified 329 trafficking victims and provided victims with work permits, allowing them to earn income while assisting in the prosecution of their traffickers. Authorities also conducted training for law enforcement officials on victim identification and protection, and partnered with NGOs and foreign governments to improve their response to human trafficking on the island. Taiwan’s efforts to prosecute offenders of both sex and labor trafficking should be improved. Authorities should continue to train law enforcement officials, prosecutors, and judges on the 2009 anti-trafficking law and make robust efforts to investigate, prosecute, and convict both sex and labor trafficking under this law.

Recommendations for Taiwan: Extend labor protections to all categories of workers including workers in the domestic service sector and caregivers to prevent labor trafficking; continue efforts to investigate, prosecute, and convict trafficking offenders using the anti-trafficking law enacted in June 2009; ensure that convicted trafficking offenders receive sufficiently stringent sentences; continue to expand the training of victim identification measures and the anti-trafficking law to law enforcement personnel, prosecutors, and judges; conduct anti-trafficking training for officials in the Council of Labor Affairs (CLA) and labor inspectors; make efforts to ensure victims are aware of the option to assist in prosecutions and understand the implications of their participation; increase coordination between prosecutors and NGOs sheltering victims to keep victims informed of the status of their cases; accelerate funding mechanisms for government-to-NGO victim protection programs; increase efforts to identify and fund foreign language translators for shelters and hotline staff; and, continue efforts to increase public awareness about all forms of trafficking.

Taiwan authorities made progress in anti-trafficking law enforcement during the reporting period. Taiwan’s Human Trafficking and Prevention Control Act, which went into effect in June 2009, combined with portions of the Criminal Code, criminalizes trafficking for both commercial sexual exploitation and forced labor, and provides up to seven years’ imprisonment – penalties commensurate with those prescribed for other serious crimes. The Labor Standards Law, which prohibits forced labor, does not apply to an unknown number of Taiwan nationals and the nearly 160,000 foreign workers employed as private nursing caregivers and domestic workers – approximately half of Taiwan’s migrant workforce. Authorities reported four sex trafficking convictions under Article 231-1 and 10 convictions under Article 296-1, which prohibits interference of personal freedom, and sentenced the 12 offenders to three to 10 years’ imprisonment. Three trafficking convictions under Article 296-1 involved a labor brokerage group that confiscated workers’ documents and forced workers to open bank accounts and apply for debit cards, which were confiscated. The workers’ salaries were directly deposited to their bank accounts, to which the brokers had sole access. The case is currently under appeal. The Ministry of Justice reported at the end of 2009 there were four cases being prosecuted under the anti-trafficking law enacted in 2009, involving 43 alleged offenders; these cases have not yet completed trial. There were continued reports some local officials took bribes to turn a blind eye to trafficking, and allegations some legislators attempted to influence local Bureau of Labor Affairs’ mediation sessions between employers and migrant workers to the employer’s favor. Authorities did not investigate or prosecute any officials for trafficking-related corruption during the reporting period.

During the reporting period, authorities greatly improved efforts to identify and protect victims of trafficking. Victim identification efforts improved during the reporting period, and NGOs reported the identification of more victims by government authorities. In 2009, 329 victims were placed in these shelters, an increase from 65 trafficking victims sheltered in 2008. Authorities utilize formal victim identification procedures, though some observers note victim identification was inconsistent and should be further improved. NGOs asserted some trafficking victims were not identified by authorities and instead held in immigration detention facilities. The National Immigration Agency (NIA) partnered with NGOs to open two new shelters for trafficking victims in 2009. There are a total of 19 shelters dedicated to sheltering trafficking victims under the administration of various government agencies. The NIA and CLA formed partnerships with local NGOs to manage the shelters and provide victim support services, including medical, financial, and legal assistance; psychological counseling; interpretation assistance; language classes; and, occupational training programs. Authorities allowed NGOs to visit detention facilities and conduct their own victim identification process, and the government recognized three victims identified by NGOs in this manner. Shelter operators assisted victims in finding employment and provided residents with bicycles or transportation services for their transportation to work. National Immigration Agency shelters began to allow some victims, who found work further from the shelters, to reside off-campus. While victims legally had the option of whether or not to assist in the prosecution of their traffickers, NGOs noted many victims did not fully understand this option or were not informed of the judicial process. Since the implementation of the new anti-trafficking law began in June 2009, trafficking victims received continued residency and temporary work permits. These measures significantly improved victim treatment and led to greater victim cooperation in trafficking prosecutions. Nevertheless, the length of trials and lack of communication between shelter staff and prosecutors should be improved. Taiwan law allows victims to be questioned or cross-examined outside the court or via video conference, or other methods to separate the victim from the defendant, or in cases where the victim has returned to his or her country, though this option has not yet been practiced under the new law. The anti-trafficking law also allows courts to accept statements made by trafficking victims as evidence in a trial if the victim is unable to testify due to psychological or physical trauma or has returned to his or her country. Victims who face threats on return to their home countries have the opportunity to obtain permanent residency in Taiwan, though no victims have yet received this new benefit. The National Immigration Agency’s budget for trafficking victim assistance services was over $1.5 million; however, its budget for 2010 is $1.1 million. CLA allocated $3.4 million for 25 Foreign Labor Consultant Service Centers and two International Airport Service Centers, which provide migrant workers with administrative and legal advice and referral services. These centers collectively recovered $3.7 million in 2,485 wage dispute cases. The Immigration Act allows foreign workers to legally remain in Taiwan until pending claims against their employers are fully resolved. Authorities used the Money Laundering Act to freeze a suspected labor trafficking offender’s assets to make them available as restitution to victims if the offender is convicted. CLA contracted a local NGO to run a new 24-hour worker counseling hotline in five languages, which received over 40,000 calls in the last half of 2009. Hotline operators report being unable to find enough qualified operators to staff the hotline in all of the required languages; some observers note adjusting labor laws limiting the industries which migrant workers may find employment would alleviate this problem. Taiwan also continued operation of an island-wide hotline for foreign spouses seeking assistance.

Taiwan authorities’ efforts to combat trafficking abroad were hampered by a lack of formal diplomatic relations with source country governments and an inability to participate in regional fora and international organizations. Furthermore, authorities failed to provide labor protections to the estimated 160,000 foreign workers in the domestic service sector which may have contributed to the prevention of forced labor among this vulnerable group of migrants.  In 2009, authorities amended regulations to forbid employers from collecting loan payments or other fees and deductions from foreign workers.  Taiwan demonstrated a commitment to trafficking prevention efforts, spending over $1.6 million in anti-trafficking public awareness campaigns in 2009, an increase from the previous year. The Ministry of Interior ran anti-trafficking advertisements in newspapers and public spaces, including movie theaters, subway stations, and buses. Authorities initiated an outreach program to enhance foreign workers’ understanding of their rights and resources available to them under Taiwan law, which included handing out over 400,000 bilingual service cards and multi-lingual pamphlets on workers’ rights, and publishing public service announcements in foreign language publications circulated among Taiwan’s migrant worker population. Authorities also printed and distributed pocket cards with trafficking warning indicators to local police, and also published anti-trafficking field manuals for law enforcement, immigration, detention, and judicial officials, which included victim identification procedures, case management guidelines, and relevant laws and regulations. Authorities conducted numerous anti-trafficking training and conferences, and partnered with NGOs and foreign officials to participate in these events. In 2009, over 4,500 Taiwan officials, academic, civic groups, and first responders received anti-trafficking training. Taiwan’s 2010 anti-trafficking action plan formalizes partnerships between authorities, NGOs, and academics into an interagency task force that meets every two months to coordinate anti-trafficking efforts.  Authorities did not make efforts to reduce the demand for commercial sex acts during the year. A ban on for-profit marriage brokers took effect during the reporting period; there are currently 23 non-profit marriage agencies registered in Taiwan. The Children’s Welfare Bureau conducted child sex tourism awareness campaigns through the Internet, press conferences, advertisements, a commercial film, and an online game. The bureau also sent to travel agencies 50,000 baggage tags with information on how to recognize and report child sex tourism. While Taiwan has a law with extraterritorial application criminalizing the sexual exploitation of children by Taiwan passport holders traveling abroad, authorities have not prosecuted anyone for child sex tourism abroad since 2006.