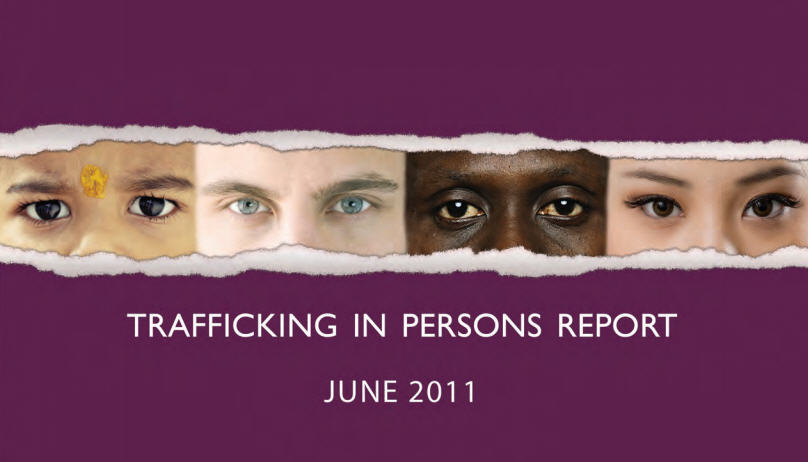 Taiwan is a destination, and to a much lesser extent, source and transit territory for men, women, and children subjected to sex trafficking and forced labor. Most trafficking victims in Taiwan are migrant workers from Vietnam, Thailand, Indonesia, mainland China, Cambodia, the Philippines, Bangladesh, and India employed through recruitment agencies and brokers to perform low-skilled work in Taiwan’s manufacturing and fishing industries and as home caregivers and domestic workers. Many of these workers fall victim to labor trafficking by unscrupulous brokers and employers, who force workers to perform work outside the scope of their contract and often under exploitative conditions. Some employers of domestic workers and home caregivers forbid their employees from leaving their residences, except on days off, making them extremely vulnerable to labor trafficking and other abuses and unable to seek help. Some women and girls from China and Southeast Asian countries are lured to Taiwan through fraudulent marriages and deceptive employment offers for purposes of sex trafficking and forced labor. Migrant workers are reportedly charged up to $7,700 in recruitment fees typically in their home countries, resulting in substantial debt that may be used by brokers or employers as a coercive tool to subject the workers to forced labor. Labor brokers often assist employers to deport “problematic” employees forcibly, thus allowing the broker to fill the empty quota with new foreign workers who must pay brokerage fees, which may be used to maintain them in a situation of forced labor. Brokers used threats and the confiscation of travel documents as a means to control workers. Some women from Taiwan are recruited through classified ads for employment in Japan, Australia, the UK, and the United States, where they are forced into prostitution. Taiwan is a transit territory for Chinese citizens who enter the United States illegally and may become victims of debt bondage and forced prostitution in the United States.

Taiwan authorities fully comply with the minimum standards for the elimination of trafficking. During the reporting period, Taiwan authorities continued to prosecute and punish trafficking offenses, including both forced labor and forced prostitution. In addition, the government sustained strong victim protection efforts, continued to train law enforcement and other government officials, and raised public awareness on trafficking offenses.

Recommendations for Taiwan: Extend labor protections to all categories of workers including workers in the domestic service sector and caregivers to prevent labor trafficking; sustain and improve on efforts to investigate, prosecute, and convict trafficking offenders using the anti-trafficking law enacted in June 2009; ensure that convicted trafficking offenders receive sufficiently stringent sentences; continue to train law enforcement personnel, officials in the Council of Labor Affairs (CLA), labor inspectors, prosecutors, and judges on victim identification measures and the anti-trafficking law; continue to raise awareness among victims of the option to assist in prosecutions and ensure that they understand the implications of their participation; increase coordination between prosecutors and NGOs sheltering victims to keep victims informed of the status of their cases; identify and fund foreign language translators for shelters and hotline staff; make greater efforts to investigate and prosecute child sex tourism offenses committed by Taiwan nationals; and continue efforts to increase public awareness about all forms of trafficking.

Taiwan authorities made clear progress in anti-trafficking law enforcement during the reporting period. Taiwan’s Human Trafficking Prevention and Control Act (HTPCA) of 2009, combined with portions of the Criminal Code, prohibits both forced prostitution and forced labor; prescribed penalties of up to seven years’ imprisonment are sufficiently stringent and commensurate with those prescribed for other serious crimes. The Labor Standards Law, which also prohibits forced labor, does not apply to an unknown number of Taiwan nationals and the nearly 160,000 foreign workers employed as private nursing caregivers and domestic workers – approximately half of Taiwan’s migrant workforce. During the reporting period, the government charged 264 individuals for trafficking crimes under the HTPCA and other articles of the Criminal Code. Specifically, Taiwan authorities prosecuted 87 people under its anti-trafficking law, including 44 for sex trafficking and 43 for labor trafficking. An additional 177 defendants were prosecuted for trafficking offenses under related laws, including 23 defendants accused of commercial sexual exploitation of children. The government did not, however, provide information on the conviction or sentencing of any trafficking offenders. To improve their capacity to address trafficking crimes, Taiwan authorities also robustly trained government officials on trafficking issues; in 2010, Taiwan authorities reported training more than 68,000 officials and NGO staff members, covering a wide range of subjects such as victim identification and protection, trafficking prosecutions and case development, victim-witness coordination, and advanced investigative techniques. Taiwan authorities did not report any investigations, prosecutions, convictions, or sentences of government officials’ complicity in trafficking offenses during the reporting period.

During the reporting period, authorities made significant efforts to protect victims of trafficking. Authorities reported using formal procedures to identify proactively and assist victims of trafficking, including by publishing and distributing to government officials reference indicators with specific questions and a standardized evaluation form for use with potential victims of trafficking. In 2010, Taiwan authorities identified and assisted 324 trafficking victims, including 45 victims of sex trafficking and 279 victims of labor trafficking. Of these victims, 58 were Taiwan nationals. There were 19 shelters dedicated to victims of trafficking in Taiwan under the administration of various government agencies, some of which were run by NGOs with government funds. These shelters provided victims of trafficking – both men and women – with medical and psychological services, legal counseling, vocational training, small stipends, and repatriation assistance. Taiwan authorities also reported providing social workers and interpreters to accompany victims during court proceedings. Victims of trafficking filed 32 civil cases for compensation against their traffickers during the reporting period with the assistance of government and NGO counselors. In addition, NIA distributed more than 2,000 multilingual handbooks on the rights of trafficking victims and to explain support services available to them. Some sources reported, however, that Taiwan faced a shortage of skilled counselors and social workers fluent in the victims’ native languages. Although the NIA earmarked $1.2 million in 2010 for victim protection, it reported spending nearly $1.83 million for victim services during the year. Taiwan authorities encouraged victims to participate in investigations against their traffickers by offering residency and temporary work permits; in 2010, authorities issued 188 new work permits for trafficking victims and renewed existing work permits for other victims of trafficking. In addition, Taiwan officials assisted in the repatriation of 95 victims after judicial investigations concluded. Victims who faced threats upon return to their home countries had the opportunity to obtain permanent residency in Taiwan, though no victims have yet received this benefit. During the reporting period, Taiwan authorities issued a circular to courts to stress legal provisions ensuring victims’ confidentiality and providing other protections for victims of trafficking during the trial process. CLA continued to provide a 24-hour hotline for migrant workers; in 2010, this hotline received over 146,000 calls and operators assisted migrant workers in resolving wage disputes involving close to $3 million. Taiwan also continued operation of an island-wide hotline for foreign spouses seeking assistance on a broad range of issues. The hotline received 14,136 calls in 2010, but it is unclear how many of these related to trafficking situations.

Taiwan authorities made progress in efforts to prevent trafficking in persons during the reporting period. The CLA continued to operate 25 Foreign Worker Service Stations and International Airport Service Counters around Taiwan to assist migrant workers and educate them on their rights. Authorities also distributed handbooks detailing relevant laws and regulations on foreign workers to more than 190,000 employers and aired television commercials highlighting the rights of migrant workers. Officials also funded TV, radio, and newspaper advertisements and education programs raising awareness of the perils of trafficking. In addition, authorities undertook widespread campaigns to raise public awareness of sexual exploitation in the commercial sex industry to reduce the demand for prostitution. Taiwan agencies also continued to distribute an online game, Internet advertisements, TV commercials, posters, and luggage tags to warn against child sex tourism. Nonetheless, while Taiwan has a law with extraterritorial application criminalizing the sexual exploitation of children by Taiwan passport holders traveling abroad, authorities have not prosecuted anyone for child sex tourism abroad since 2006. Taiwan also failed to provide full labor protections to the estimated 160,000 foreign workers in the domestic service sector; domestic workers currently do not have defined working hours or minimum wages, which may have contributed to some situations of forced labor among this vulnerable group of migrants.