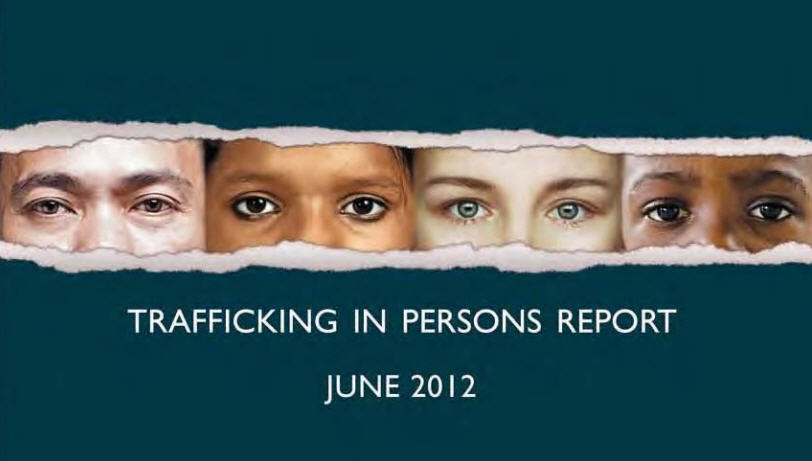 Taiwan is a destination, and to a much lesser extent, source and transit territory for men, women, and children subjected to sex trafficking and forced labor. Most trafficking victims in Taiwan are migrant workers from Vietnam, Thailand, Indonesia, mainland China, Cambodia, the Philippines, Bangladesh, and India, employed through recruitment agencies and brokers to perform low-skilled work in Taiwan’s manufacturing and fishing industries, and as home caregivers and domestic workers. Many of these workers fall victim to labor trafficking by unscrupulous brokers and employers, who force workers to perform work outside the scope of their contract and often under exploitative conditions. Some employers of the estimated 200,000 foreign domestic workers and home caregivers forbid their employees from leaving their residences, except on days off, making them extremely vulnerable to labor trafficking and other abuses and unable to seek help. Some women and girls from China and Southeast Asian countries are lured to Taiwan through fraudulent marriages and deceptive employment offers for purposes of sex trafficking and forced labor. Migrant workers are reportedly charged up to the equivalent of $7,700 in recruitment fees, typically in their home countries, resulting in substantial debts that may be used by brokers or employers as tools of coercion to obtain or maintain a migrant’s labor. Labor brokers often assist employers in forcibly deporting “problematic” employees, thus allowing the broker to fill the empty quota with new foreign workers who must pay brokerage fees, which may be used to maintain them in a situation of forced labor. Brokers used threats, confinement, and the confiscation of travel documents as a means to control workers. Some women from Taiwan are recruited through classified ads for employment in Japan, Australia, the UK, and the United States; after their arrival in these countries, they are forced into prostitution. Taiwan is a transit territory for Chinese citizens who enter the United States illegally and may become victims of debt bondage and forced prostitution in the United States. Taiwan authorities fully comply with the minimum standards for the elimination of trafficking. During the reporting period, Taiwan authorities continued to prosecute and punish trafficking offenses, including both forced labor and forced prostitution. In addition, the authorities continued improving victim protection efforts, trained law enforcement and other government officials, and raised public awareness on trafficking offenses.

Recommendations for Taiwan: Sustain and improve efforts to investigate, prosecute, and convict trafficking offenders using the anti-trafficking law enacted in June 2009; ensure that convicted trafficking offenders receive sufficiently stringent sentences; adopt, implement, and socialize changes to the new, inclusive labor law; continue to train law enforcement personnel, officials in the Council of Labor Affairs (CLA), labor inspectors, prosecutors, and judges on victim identification measures and the anti-trafficking law; continue to raise awareness among victims of the option to assist in prosecutions and ensure that they understand the implications of their participation; continue funding foreign language translators for shelters and hotline staff; make greater efforts to investigate and prosecute child sex tourism offenses committed by Taiwan nationals; and continue efforts to increase public awareness about all forms of trafficking.

Taiwan authorities sustained significant progress in their anti-trafficking law enforcement measures during the reporting period. Taiwan’s Human Trafficking Prevention and Control Act (HTPCA) of 2009, combined with portions of the criminal code, prohibits both forced prostitution and forced labor, and prescribes penalties of up to seven years’ imprisonment; these penalties are sufficiently stringent and commensurate with those prescribed for other serious crimes, such as rape. The Labor Standards Law, which also prohibits forced labor, does not apply to workers employed as private nursing caregivers and domestic workers – which include an unknown number of Taiwan nationals and the nearly 200,000 foreign nationals – comprising approximately half of Taiwan’s migrant workforce. During the reporting period, however, the authorities drafted new legislation that would extend legal protections to all categories of workers, including domestic workers and caregivers. In 2011, Taiwan authorities convicted 113 people for sex trafficking and 51 people for forced labor under the HTPCA, an increase from 44 sex trafficking convictions and 43 labor trafficking convictions achieved under the HTPCA in 2010. Sentences imposed on trafficking offenders are generally sufficiently stringent. In November 2011, the former director of the Taipei Economic and Cultural Office in Kansas City, Missouri pled guilty to labor fraud in the United States for subjecting her two domestic workers to conditions of forced labor, including withholding their passports and paying inadequate wages. She spent approximately four months in jail in the United States before being deported to Taiwan in February 2012, where she was impeached by Taiwan authorities in April 2012; however, a final decision regarding her punishment was pending at the close of the reporting period. She has not yet been sentenced as the investigation against her in Taiwan remained ongoing as of April 2012. With that exception, Taiwan authorities did not report any other investigations, prosecutions, convictions, or sentences of officials of the Taiwan authorities for complicity in trafficking offenses during the reporting period.

Taiwan authorities made progress in their efforts to prevent trafficking in persons during the reporting period. The National Immigration Agency (NIA) distributed anti-trafficking posters and pocket cards, the latter of which featured information in seven different languages. The CLA continued to operate 25 foreign worker service stations and international airport service counters around Taiwan to assist migrant workers and educate them about their rights. Authorities continued to distribute handbooks detailing relevant laws and regulations pertaining to foreign workers to more than 210,000 employers and aired television commercials highlighting the rights of migrant workers. In October 2011, the NIA held an international trafficking seminar, attended by 18 foreign government officials and 31 foreign representatives in Taiwan that focused on best practices in combating trafficking and featured speakers from other governments. Taiwan authorities continued to fund advertisements and public service announcements raising general awareness of human trafficking. Throughout the year, the Trafficking in Persons Interagency Task Force, a multi-agency initiative that researches human trafficking in Taiwan, published reports on the protection of foreign domestic workers and the prevention of child sex tourism. While Taiwan has a law with extraterritorial application criminalizing the sexual exploitation of children by Taiwan passport holders traveling abroad, authorities have not prosecuted any Taiwan resident for child sex tourism offenses committed abroad since 2006. Authorities did not take steps to reduce the demand for commercial sex acts within Taiwan; however, they did widely broadcast a television commercial aimed at increasing awareness on reducing participation in child sex tourism.