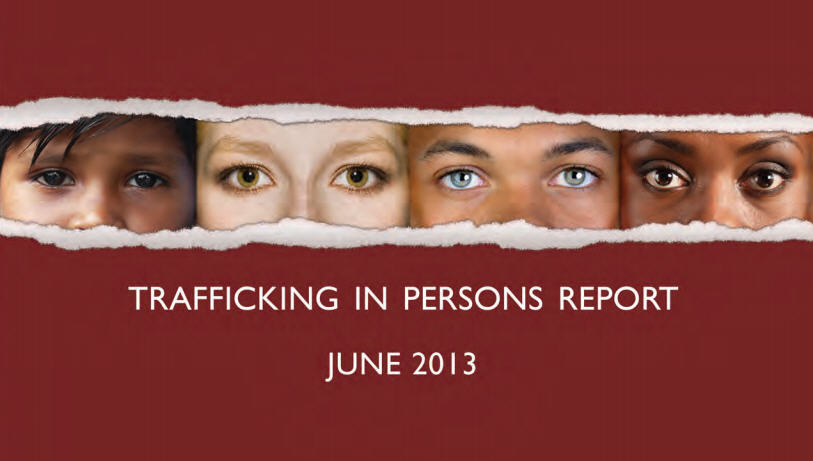 Taiwan is a destination and, to a much lesser extent, a source of and transit territory for men, women, and children subjected to sex trafficking and forced labor. Most trafficking victims in Taiwan are migrant workers from Vietnam, Thailand, Indonesia, mainland China, Cambodia, the Philippines, Bangladesh, and India, employed through recruitment agencies and brokers to perform low-skilled work in Taiwan’s manufacturing, construction, and fishing industries, and as home caregivers and domestic workers. Many of these workers fall victim to labor trafficking by unscrupulous brokers and employers who force workers to perform work outside the scope of their contract, often under exploitative conditions. Migrant workers are reportedly charged up to the equivalent of approximately $7,700 in recruitment fees, typically in their home countries, resulting in substantial debts that may be used by brokers or employers in Taiwan as tools of coercion to obtain or retain a migrant’s labor. Labor brokers in Taiwan often assist employers in forcibly deporting “problematic” foreign employees, thus allowing the broker to fill the empty quota with new foreign workers. Some employers of foreign domestic workers and home caregivers forbid their employees to leave their residences, making them unable to seek help, which could indicate that they are at risk of being subjected to forced labor. Although Taiwan is primarily a destination territory for labor trafficking victims, there are reports that Taiwan university students have fallen victim to forced labor while working in Australia.

Some women and girls from mainland China and southeast Asian countries are lured to Taiwan through fraudulent marriages and deceptive employment offers for purposes of sex trafficking and forced labor. Women from Taiwan are recruited through classified ads for employment in Japan, Australia, the United Kingdom, and the United States; after their arrival in these countries, some are forced into prostitution.

During the reporting year, incidents of alleged labor abuse aboard a Taiwan-flagged fishing boat in international waters off the coast of Hawaii were reported. Following a distress call from crewmembers aboard the ship, which had caught fire on the open seas, the U.S. Coast Guard taxied 28 emaciated Indonesian, Chinese, and Burmese crewmembers to shore where they were interviewed and treated by authorities. During the interviews, the crewmembers claimed that they had been abused and their pay had been withheld while serving on the ship. The victims were eventually repatriated to their home countries. The alleged abuse was being investigated by Taiwan authorities as of the end of the reporting year.

Recommendations for Taiwan: Investigate and prosecute the owners of Taiwan-owned or -flagged fishing vessels who allegedly commit abuse and labor trafficking onboard long haul fishing vessels; increase efforts to reduce exploitation of migrant workers by brokerage agencies and employers; sustain and improve efforts to investigate, prosecute, and convict trafficking offenders using the anti-trafficking law; ensure that convicted trafficking offenders receive sufficiently stringent sentences; continue to train law enforcement personnel, officials in the Council of Labor Affairs (CLA), labor inspectors, prosecutors, and judges on victim identification measures and the anti-trafficking law; continue to raise awareness among victims of the option to assist in prosecutions and ensure they understand the implications of their participation; increase efforts to investigate and prosecute child sex tourism offenses committed by Taiwan nationals; and continue efforts to increase public awareness of all forms of trafficking.

Taiwan authorities sustained their strong anti-trafficking law enforcement efforts, especially by vigorously prosecuting forced labor offenses during the reporting period. Taiwan’s Human Trafficking Prevention and Control Act (HTPCA), combined with portions of the criminal code and the Labor Standards Law, prohibits forced prostitution and labor and prescribes penalties of up to seven years’ imprisonment, which are sufficiently stringent and commensurate with those prescribed for other serious crimes, such as rape. In 2012, Taiwan authorities convicted 65 people for forced labor and 186 people for sex trafficking under the HTPCA, an increase from 51 labor and 113 sex trafficking convictions in 2011. Sentences imposed on trafficking offenders ranged from six months to less than seven years. Upon a formal inquiry, the authorities initiated an investigation of the owners and operators of a Taiwan-flagged vessel, the Chin Zue Yin, which was found off the coast of Hawaii, for physical abuse and salary disputes onboard. The investigation was ongoing at the end of the reporting year. Taiwan authorities continued to provide training for judges and prosecutors. Taiwan authorities, in partnership with a foreign government, conducted outreach and training events from January 2012 to February 2013 in which more than 750 law enforcement officers and government officials participated. Taiwan authorities reported one conviction and sentencing of a Taiwan official for complicity in trafficking-related offenses during the reporting period. The former director of the Taipei Economic and Cultural Office in Kansas City, who allegedly subjected two domestic workers to conditions of forced labor in the United States, received two years’ suspension from official duty after pleading guilty to a trafficking-related offense and serving four months in jail in the United States before being deported.

Taiwan authorities made progress in their efforts to prevent trafficking in persons during the reporting period. In October 2012, the NIA, with support from foreign and Taiwan government agencies, NGOs, and other media partners, launched MTV EXIT’s film “Enslaved,” which presented stories of victims of trafficking to more than 230 people at a launch event. The film was aired on MTV Taiwan and CTI TV over the following two weeks, reaching an estimated viewership of 200,000. The video is available online and in video for distribution.  In November 2012, the NIA held an international trafficking seminar in Taipei that focused on the experiences of trafficking victims and NGO workers. The seminar was attended by 220 NGO workers, academics, and foreign and Taiwan officials. Throughout the year, foreign governments sought guidance from Taiwan’s authorities in addressing human trafficking issues. The NIA continued to fund advertisements and public service announcements on human trafficking prevention in newspapers, magazines, and on the radio and distributed anti-trafficking posters and pocket cards, of which the latter featured information in seven different languages. The CLA continued to operate foreign-worker service stations and international airport service counters around Taiwan to assist migrant workers and educate them on their rights and the hotline number. Authorities continued to distribute handbooks detailing relevant laws and regulations pertaining to foreign workers to more than 200,000 employers and aired radio shows highlighting the rights of migrant workers. In an effort to strengthen cross-Strait cooperation, the ministry of justice invited prosecutors from mainland China to attend a seminar on trafficking case studies in May 2012. In addition, Taiwan authorities signed memoranda of understanding with the governments of Mongolia, Indonesia, and The Gambia to increase cooperation in combating human trafficking. Taiwan has laws with extraterritorial application that criminalize sexual exploitation of children by Taiwan passport holders traveling abroad. However, authorities have not prosecuted any Taiwan passport holder for child sex tourism offenses committed abroad since 2006. The children’s bureau, within the Ministry of Interior, launched a blog and several internet games, as well as posters and advertisements in popular areas, to increase awareness of and discourage participation in child sex tourism.