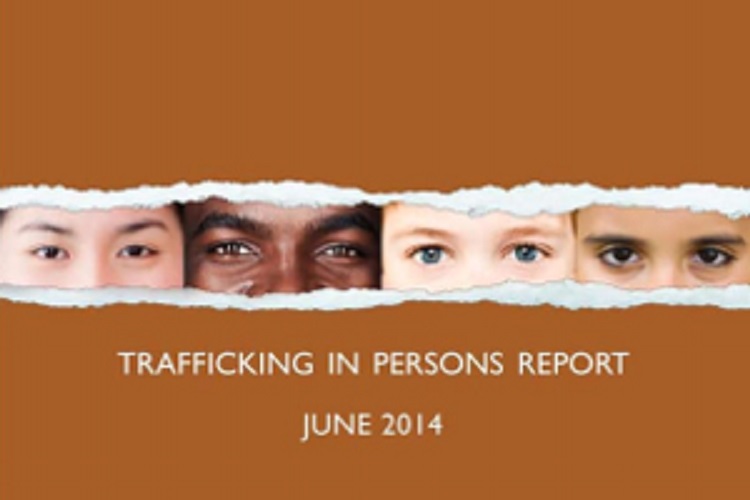 Taiwan is a destination territory for men, women, and children subjected to forced labor and sex trafficking and, to a much lesser extent, a source territory for women subjected to sex trafficking. Most trafficking victims in Taiwan are migrant workers from Indonesia, mainland China, the Philippines, Cambodia, Thailand, Vietnam, and to a lesser extent, Bangladesh and India. Most of the 500,000 migrant workers are employed through recruitment agencies and brokers to perform low-skilled work in Taiwan as home caregivers and domestic workers, or in manufacturing, construction, and fishing industries. Many of these workers fall victim to labor trafficking by brokers, some of whom are Taiwan passport-holders, in their home countries or to employers in Taiwan. Migrant workers are reportedly charged up to the equivalent of approximately $7,700 in recruitment fees, resulting in substantial debts used by brokers or employers in Taiwan as tools of coercion to obtain or retain a migrant’s labor. NGOs report Taiwan brokers work with source country recruiters to compel workers to take out loans for recruitment fees at local branches of Taiwan banks at high interest rates. After recruitment fee repayments are garnished from their wages, some foreign domestic service workers in Taiwan earn significantly less than minimum wage. Labor brokers in Taiwan often assist employers in forcibly deporting “problematic” foreign employees should they complain; this enables the broker to fill the empty positions with new foreign workers and continually use debt bondage to control the work force. Some employers of these workers forbid their employees from leaving their residences, increasing their vulnerability to labor trafficking. NGOs estimate there are up to 160,000 migrant workers onboard Taiwan fishing vessels around the world, some of whom have reported non- or under-payment of wages, long working hours, physical abuse, lack of food, and poor living conditions; an unknown number of these men are trafficking victims. Some women and girls from mainland China and southeast Asian countries are lured to Taiwan through fraudulent marriages and deceptive employment offers for purposes of sex trafficking. Women from Taiwan are recruited through classified ads for employment in Japan, Australia, the United Kingdom, and the United States; after their arrival in these countries, some are forced into prostitution.

Taiwan authorities sustained anti-trafficking law enforcement efforts. Taiwan’s Human Trafficking Prevention and Control Act (HTPCA) prohibits forced prostitution and labor and prescribes penalties of up to seven years’ imprisonment; these penalties are sufficiently stringent and commensurate with those prescribed for other serious crimes, such as rape. Despite the existence of an anti-trafficking law, Taiwan authorities prosecuted the majority of trafficking cases under other laws, such as the Criminal Code, the Labor Standards Law, and the Children and Youth Sexual Transaction Prevention Law. In 2013, Taiwan authorities initiated prosecutions against 130 suspected traffickers and convicted 39 traffickers under the HTPCA; sentences imposed on the majority of the traffickers were six months to less than one year. Under the Children and Youth Sexual Transaction Prevention Law, authorities initiated prosecutions against 59 alleged offenders and convicted 41 traffickers. Under the Criminal Code, authorities initiated prosecutions against 35 alleged offenders and convicted six traffickers. Despite reports of forced labor abuses onboard Taiwan-flagged vessels in 2012 and 2013, authorities did not prosecute any cases involving these abuses. NGOs reported some traffickers successfully appealed their cases because victims were not in Taiwan to testify against the traffickers. During the year, Taiwan authorities trained more than 11,000 law enforcement officers, prosecutors, and judges through various workshops, seminars, and conferences. Taiwan authorities did not report investigating, prosecuting, or convicting any Taiwan officials for complicity in trafficking.

To date, Taiwan authorities have not granted any permanent residency visas to foreign trafficking victims who faced retribution or hardship if returned to their country of origin. All victims of trafficking were transferred from shelters to government detention centers at the end of their trials; they were subsequently fined up to $330 for immigration violations and deported. Since all victims were deported at the end of the trial, no victims were able to obtain restitution or file civil suits against traffickers. While the HTPCA provides that human trafficking victims can receive immunity for crimes committed as a result of being trafficked, NGOs reported trafficking victims occasionally were treated as criminals.

Taiwan authorities made progress in efforts to prevent trafficking. District prosecutors and local police officers provided educational materials and held workshops around the island to educate the public about trafficking, reaching more than 66,000 people. Various agencies funded advertisements and public service announcements on human trafficking prevention in newspapers, magazines, and on the radio and distributed anti-trafficking posters and pocket cards in seven languages. A cabinet-level minister-without-portfolio continued to have responsibility for overseeing an interagency anti-trafficking workgroup; the roles and responsibilities of various agencies related to anti-trafficking efforts were not always clear. The Tourism Bureau published training programs for tour guides and hotel associations on human trafficking. The CLA continued to operate foreign-worker service stations and international airport service counters around Taiwan to assist migrant workers and educate them on their rights, and a hotline number to report trafficking offenses. Despite reports of abuses by brokers, authorities did not investigate labor brokers in source countries or the possible connection between Taiwan and foreign brokers. Taiwan has laws with extraterritorial application that criminalize sexual exploitation of children by Taiwan passport holders traveling abroad. However, authorities have not prosecuted any Taiwan passport holder for child sex tourism offenses committed abroad since 2006. Authorities funded 37 campaigns to raise awareness on child sex trafficking, but did not report any sex tourism investigations, prosecutions, or convictions.