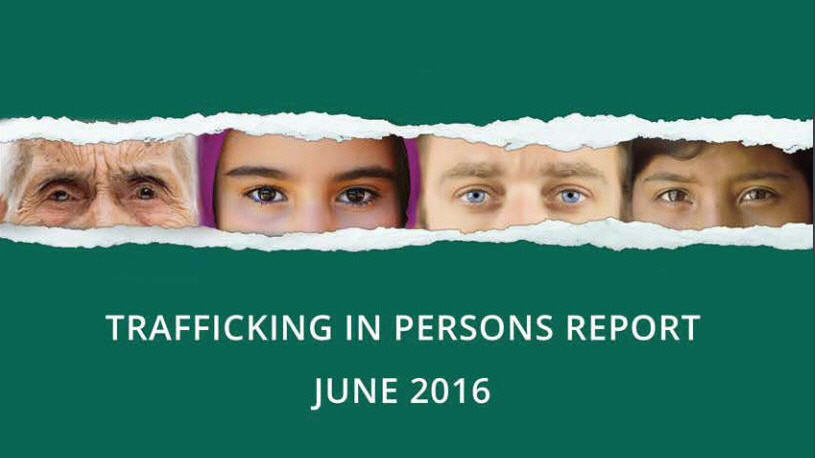 Taiwan is a destination for men and women subjected to forced labor and sex trafficking and, to a lesser extent, a source of men and women subjected to forced labor and of women and children subjected to sex trafficking. Most trafficking victims are migrant workers from Indonesia, the Philippines, Thailand, Vietnam, and to a lesser extent, individuals from China and Cambodia. Most of Taiwan’s more than 587,000 migrant workers are hired in their home countries through recruitment agencies and brokers, some of which are from Taiwan, to perform low-skilled work as home caregivers and domestic workers, or in farming, manufacturing, construction, and fishing industries. Some migrant workers are charged exorbitantly high recruitment fees, resulting in substantial debts used by brokers or employers as tools of coercion to obtain or retain their labor. After recruitment fee repayments are garnished from their wages, many foreign workers in Taiwan earn significantly less than the minimum wage. Domestic workers and home caregivers are especially vulnerable to exploitation, since they often live in their employers’ residences, making it difficult to monitor their working and living conditions. Brokers in Taiwan often assist employers in forcibly deporting “problematic” foreign employees should they complain, enabling the broker to fill the empty positions with new foreign workers and continually use debt bondage to control the work force. Documented and undocumented fishermen on Taiwan-flagged fishing vessels, mostly from China, Indonesia, and Vietnam, experience non- or under-payment of wages, long working hours, physical abuse, lack of food, and poor living conditions, which are indicators of trafficking. Women from China and Southeast Asian countries are lured to Taiwan through fraudulent marriages and deceptive employment offers for purposes of sex trafficking. There have been reports of men and women from Taiwan engaged in illegal business operations overseas that present indicators of human trafficking, as well as women from Taiwan being lured into forced prostitution in the United States.

Taiwan authorities fully meet the minimum standards for the elimination of trafficking. During the reporting period, authorities continued to prosecute trafficking offenses, including both forced labor and sex trafficking, trained law enforcement and other officials on trafficking indicators, took steps to make the system of direct hiring of employees without the use of brokers more accessible, promulgated interagency procedures for handling cases involving trafficking of foreign workers on fishing vessels, and raised public awareness of trafficking. There were, however, no arrests or convictions for trafficking violations on Taiwan fishing vessels. Prosecutors and judges continued to treat many cases involving trafficking indicators as lesser crimes and, in many cases, sentenced traffickers to lenient penalties not proportionate to the crimes.

Increase efforts to prosecute and convict traffickers under Taiwan’s anti-trafficking law; sentence convicted traffickers to sufficiently stringent punishments; vigorously investigate and prosecute, using the newly established procedures, the owners of Taiwan-owned or -flagged fishing vessels that allegedly commit abuse and labor trafficking onboard long haul fishing vessels; clearly define roles and responsibilities for the agencies that oversee Taiwan-flagged fishing vessels; differentiate the process of victim identification from prosecution, such that victim identification is not tied to the successful prosecution of traffickers; increase efforts to reduce brokers’ exploitation of migrant workers by continuing to simplify the process of direct hiring and build public awareness of the Direct Hiring Service Center and by strengthening broker evaluation and accountability systems; improve the effectiveness of anti-trafficking training and increase prosecutors’ and judges’ understanding of human trafficking; pursue legislative changes that would address gaps in basic labor protections for household caregivers and domestic workers; establish a systematic information-sharing process to foster more robust interagency anti-trafficking coordination; enhance cross-border efforts to identify victims and prosecute offenders; and continue efforts to increase public awareness of all forms of trafficking.

Authorities sustained anti-trafficking law enforcement efforts. Taiwan’s Human Trafficking Prevention and Control Act (HTPCA) prohibits sex and labor trafficking and prescribes penalties of up to seven years’ imprisonment; these penalties are sufficiently stringent and commensurate with those prescribed for other serious crimes, such as rape. Despite the anti-trafficking law, authorities prosecuted the majority of trafficking cases under other laws, such as the criminal code, and the Children and Youth Sexual Transaction Prevention Act.

Authorities sustained efforts to prevent trafficking through numerous awareness campaigns, workshops, and conferences. A cabinet-level minister-without-portfolio continued to implement the national plan of action and oversee an interagency working group, which met twice in 2015. Various agencies continued to fund advertisements and public service announcements on human trafficking prevention in newspapers, magazines, and on the radio; distributed anti-trafficking materials; and held trainings for vulnerable populations, such as youth, foreign spouses, and fishing sector workers. Authorities continued to operate foreign-worker service stations and international airport service counters around Taiwan to assist migrant workers and educate them on their rights. To address exploitation associated with labor recruitment, authorities fined 89 perpetrators in cases of illegal brokerage activities and excessive fees and ordered 12 of those individuals to terminate business operations. Authorities streamlined procedures to allow employers to hire foreign workers directly through the Direct Hiring Service Center, instead of utilizing brokers. Most employers, however, continued to deem it easier and more expedient to hire brokers. Taiwan’s laws criminalize sexual exploitation of children by Taiwan passport holders traveling abroad, but authorities have not investigated or prosecuted any child sex tourism offenses committed abroad since 2006. Authorities made efforts to reduce the demand for commercial sex acts and forced labor. Authorities provided anti-trafficking training for diplomatic personnel.