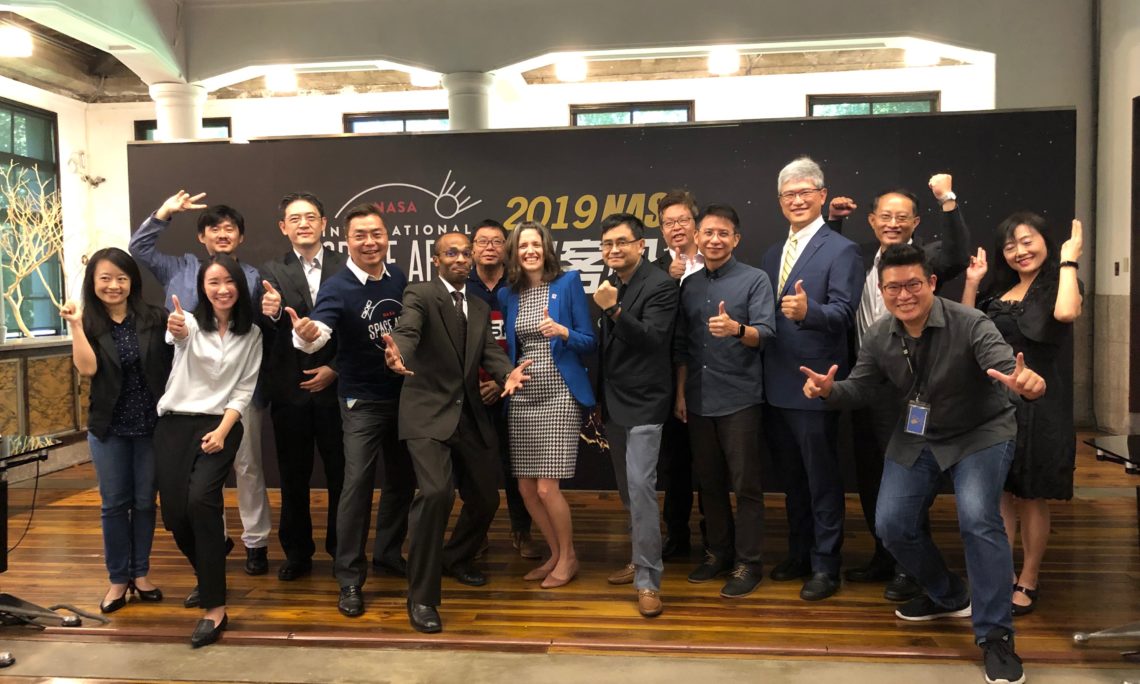 The American Institute in Taiwan (AIT) is partnering with the National Space Organization, Chunghwa Telecom, Taipei City Government, National Taiwan Normal University, and the American Innovation Center to host the 2019 NASA Space Apps Challenge Hackathon in Taiwan.  The hackathon will be held from October 18-20 and registration is now open.

“The NASA Hackathon is one of NASA’s most innovative outreach activities. NASA hopes to share and use its open data with people around the world to understand the universe and develop meaningful and feasible solutions,” said Eric Aldrich, AIT’s cultural affairs officer, in a news conference on September 11.

The NASA International Space Apps Challenge is an international hackathon that takes place over the course of 48 hours in cities around the world.  This year marks the 8th year of the NASA Space Apps Challenge. The 2018 hackathon was NASA’s largest ever, with 200 cities and 18,000 people participating across six continents. Taipei’s first and second place teams both were selected among the top five projects out of over 2,000 projects worldwide.

Coders, scientists, designers, storytellers, makers, builders, technologists, and enthusiasts are invited to come together to address challenges we face on Earth and in space in this exciting, collaborative scientific exploration.  More information is available here: https://2019.spaceappschallenge.org/

The 2019 NASA Space Apps Challenge Hackathon in Taipei is now open for registration at: https://www.accupass.com/go/2019SpaceAppsTaipei