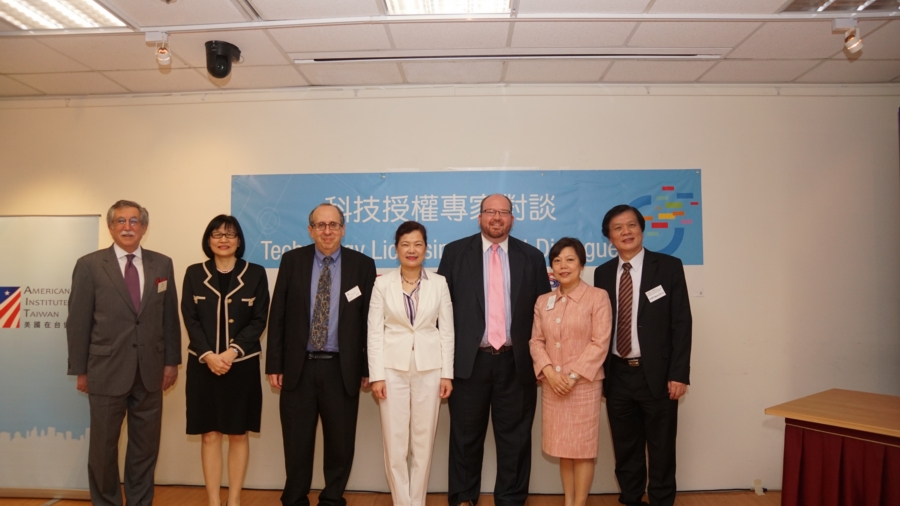 On March 30, 2017, the American Institute in Taiwan (AIT), in cooperation with the Taiwan-USA Industrial Cooperation Promotion Office (TUSA) of the Ministry of Economic Affairs and the American Chamber of Commerce in Taipei, co-hosted a “Technology Licensing Expert Dialogue” to explore the legal framework and to provide practical guidance for industry participants in the thriving US$5 billion U.S.-Taiwan technology licensing trade. This trade creates value through spurring innovation, disseminating technology, and generating income for intellectual property owners by technology transfer and commercialization.

“The United States and Taiwan have developed business models for our research and development and technology industries that makes both of our economies more competitive,” AIT Acting Deputy Director Christian Marchant said in opening the event. “Licensing partnerships allow IP owners to create new revenue streams and gain access to new markets, gain access to technical advances, and create new and innovate products for consumers to enjoy,” he said, adding that “ensuring U.S. owners of intellectual property (IP) have a full and fair opportunity to use and profit from their IP is a key U.S. trade policy objective.”

In remarks at the dialogue, United States Patent and Trademark Office Senior Counsel Mark Cohen said, “We appreciate the important role of Taiwan as an export market for U.S. technology and the relative freedom afforded to licensors to conduct business transactions. Increased understanding of the role of the market in technology transfer, increased data on the nature of the technology trade, and increases in freedom to negotiate help accelerate technology diffusion for the benefit of Taiwan, the United States, and indeed the world.”

Intellectual property rights are an important area of ongoing cooperation and dialogue between U.S. and Taiwan authorities, under the auspices of AIT and the Taipei Economic and Cultural Representative Office in the United States (TECRO). The March 30 expert dialogue builds on the October 2016 Digital Economy Forum, when both sides also affirmed the importance of intellectual property rights and licensing to expand two-way technology trade and investment between the two economies.

In February 2017, AIT and TECRO signed a Memorandum of Understanding to strengthen cooperation on combatting intellectual property infringement and trade fraud crimes. According to data from the U.S. Department of Commerce Bureau of Economic Analysis, Taiwan was the world’s ninth largest source of payments to the United States for intellectual property in 2015, and the number one source of payments from entities not affiliated with U.S. multinationals or foreign parents of U.S. subsidiaries.