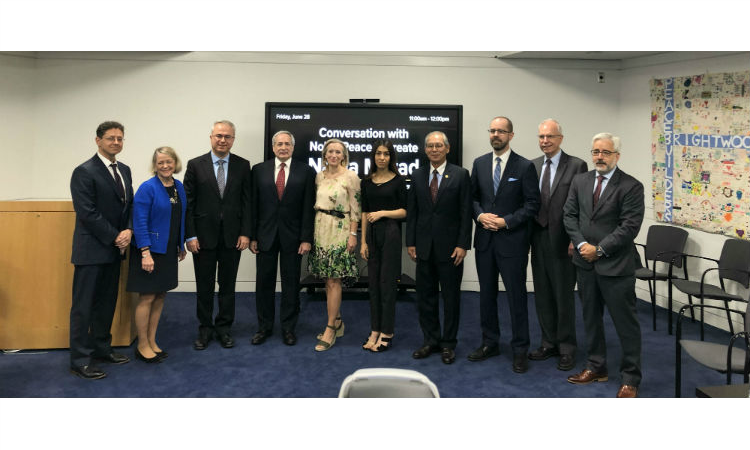 In the Sinjar region of Iraq, the ISIS campaign to eradicate the Yazidi people decimated the local population’s ability to earn a livelihood through agriculture.  As ISIS retreated, it littered the areas previously under its control with land mines and other explosive remnants of war, which make agricultural land use impossible until clearance of explosive hazards take place.  Restoring the local agricultural sector to sustainability calls for a multi-sector approach, involving landmine clearance, water management and irrigation, provision of seeds and machinery, and support to the return of laborers, farmers, and landowners.  TECRO’s donation in support of Coalition to Defeat ISIS goals, will help Nadia’s Initiative achieve its mission of rebuilding communities in crisis through the reconstruction of irrigation systems of approximately 30 farms and supporting demining efforts through coordination across different agencies.  Taiwan is a partner in the 80-member Global Coalition to Defeat ISIS (D-ISIS), which aims to eliminate the threat posed by ISIS.

During today’s ceremony, Currie highlighted the importance of TECRO’s contribution to support the Coalition’s goals, saying, “Taiwan first offered to make this contribution to Nadia’s Initiative at the Defeat-ISIS Coalition Foreign Ministers’ meeting in February of this year, and I’m glad to see this generous pledge become reality today.” Special Advisor for Religious Minorities in the Near East and South/Central Asia Knox Thames highlighted the U.S. commitment to advancing religious freedom and the protection of religious minorities around the world, and thanked Ms. Murad for her advocacy on behalf of the Yezidi people.