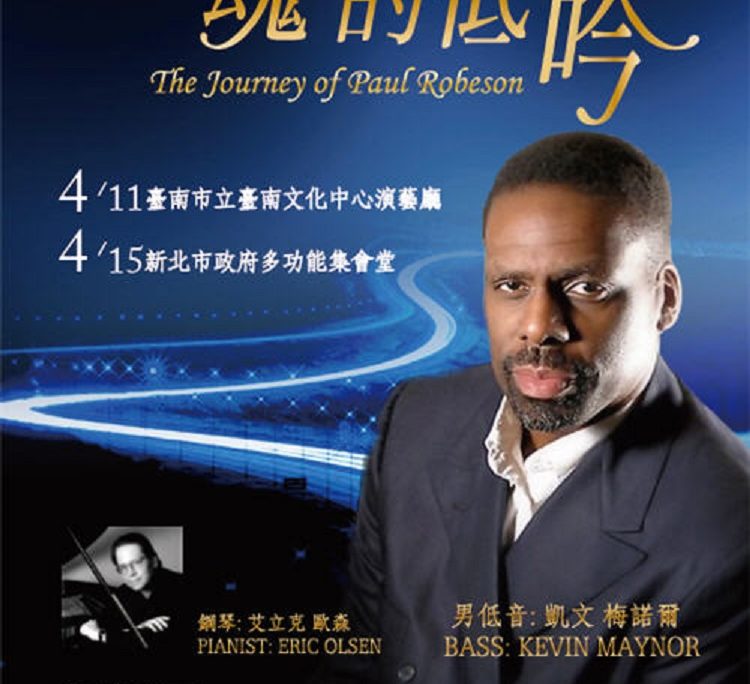 The American Institute in Taiwan (AIT) is pleased to sponsor free performances in Tainan and New Taipei City by the bass singer Kevin Maynor and the pianist Eric Olsen. These acclaimed American musicians will present The Journey of Paul Robeson, a concert that features 21 classic songs made famous by the performer and human rights activist Paul Robeson.  The music that will be performed in this program represents a variety of musical genres, including African American folk songs, spirituals and musical theater masterpieces, which form a vivid panorama of the United States’ rich musical tradition.

The concert details are as follows:

AIT wishes to thank the co-sponsors of these concerts, including the Tainan Municipal Cultural Center, New Taipei City Government, the National Taiwan University of Arts, the National University of Tainan, the Association of Vocal Artists, and the CHIMEI Cultural Foundation.

Eric Olsen has crafted a distinguished career in both classical and jazz music as a pianist, organist, composer, and conductor.  He has performed with Mr. Maynor for 16 years and collaborated with him on five CDs.  He currently serves as an adjunct faculty member at Montclair State University, and also as a member of the piano faculty at the Wharton Music Center in Murray Hill, New Jersey.