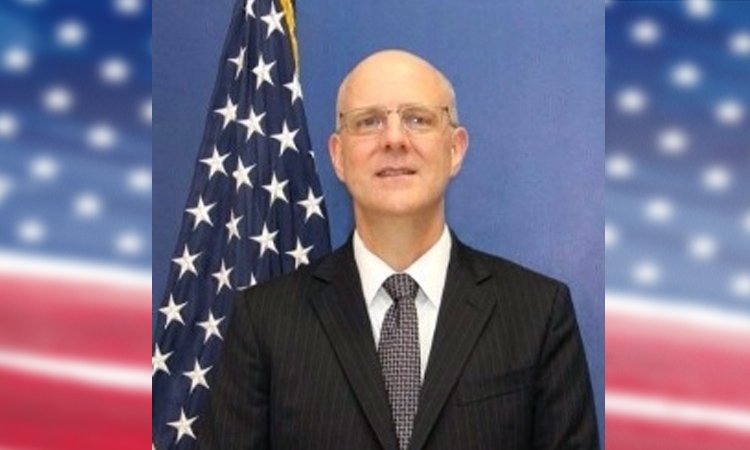 David Meale, Deputy Assistant Secretary for Trade Policy Negotiations in the U.S. Department of State’s Bureau of Economic and Business Affairs will visit Taiwan from April 9-15 as part of AIT@40 Trade & Investment Month.

While in Taiwan, Mr. Meale will speak at the American Chamber of Commerce in Taipei’s Hsieh Nien Fan banquet.  He will open a joint U.S.-Taiwan workshop on stopping digital piracy and protecting trade secrets. He will also hold discussions with Taiwan authorities on a wide range of matters important for the U.S.-Taiwan relationship. Mr. Meale will also attend events related to commemorating the 40th anniversary of the Taiwan Relations Act.

David Meale assumed the role of Deputy Assistant Secretary for Trade Policy and Negotiations in December 2018. He was previously the Director for Sanctions Policy and Implementation. Mr. Meale’s prior positions have included: Associate Dean for the Leadership and Management School at the Foreign Service Institute in Washington, DC; Deputy Chief of Mission at the U.S. Embassy in Dhaka, Bangladesh; Counselor for Economic Affairs at the U.S. Embassy in Kyiv, Ukraine; Deputy Director of the Office of Monetary Affairs in the Economic Bureau; and additional positions in China, Hong Kong, Taiwan, Guinea, and Washington. He joined the Foreign Service in 1992 and holds the rank of Minister-Counselor.

Prior to his Foreign Service Career, Mr. Meale held positions in corporate finance with Sprint Telecommunications. He has an MS from the National Defense University’s Eisenhower School, an MBA from Tulane University, and a BA from the University of Delaware. He studied Ukrainian, Chinese, and French at the Foreign Service Institute.