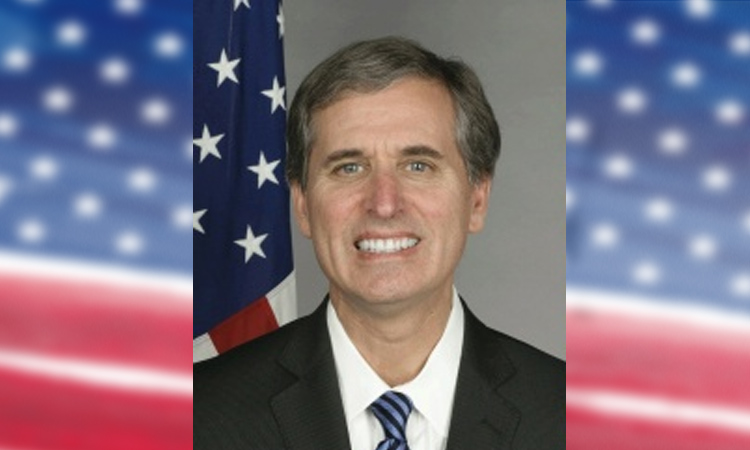 Deputy Assistant Secretary in the Bureau of Democracy, Human Rights and Labor at the U.S. Department of State (Photo Credit: www.state.gov)

This is Mr. Busby’s first trip to Taiwan.  His visit will include remarks at an international workshop on Defending Democracy through Media Literacy, which will be held October 18-19 under the auspices of the U.S.-Taiwan Global Cooperation Training Framework.  He will also meet with a number of senior officials, scholars, and leaders from civil society.

Scott Busby has served as Deputy Assistant Secretary in the Bureau of Democracy, Human Rights and Labor at the U.S. Department of State since 2013.  He oversees the Bureau’s work on Africa, East Asia and the Pacific, Multilateral and Global Affairs, including U.S. engagement on human rights at the United Nations, disability rights, LGBTI rights, internet freedom, business and human rights, and International Labor Affairs.   Previously, he served as Director for Human Rights on the National Security Council in the White House from 2009 to 2011.  From 2005 to 2009, he was Coordinator of the Intergovernmental Consultations on Migration, Asylum and Refugees in Geneva, Switzerland.  Prior positions include Director of the Office of Policy and Resource Planning at the Bureau of Population, Refugees and Migration in the Department of State (2000-2005), Director for Multilateral and Humanitarian Affairs at the National Security Council (1997-2000).  He also worked in the Office of the United Nations High Commissioner for Refugees (UNHCR) from 1992-1995.