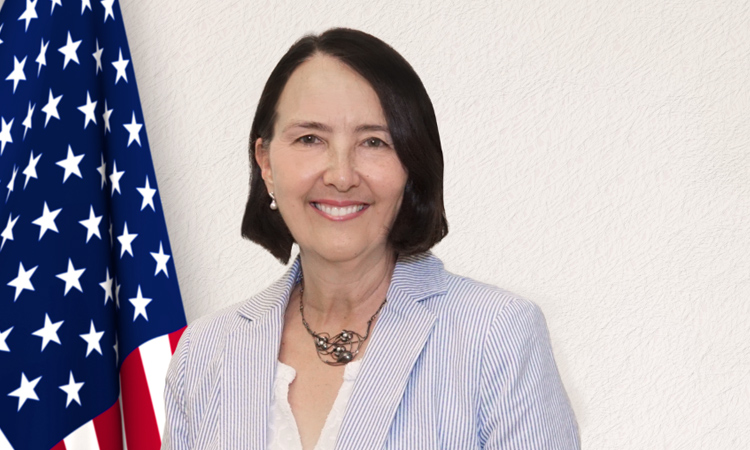 Diane Sovereign is currently head of Public Affairs at the American Institute in Taiwan (AIT).  She joined the United States Department of State in 2002, and has served as a diplomat in Asia, Europe and the Americas.  Prior positions include: USNATO in Brussels as a Political Officer; in Mosul, Iraq as the Public Affairs Officer; at the “old” Embassy in Beijing, China as a Consular and Political Officer; at the “new” Embassy in Beijing as the Deputy Spokesperson; at the U.S. Consulate in Wuhan, China as the Consul General; at Embassy Ottawa as the Cultural Affairs Officer, and at Embassy Buenos Aires as the Press Attaché.  Prior to government service, she spent 7 years as a corporate lawyer in the Los Angeles and San Francisco offices of a national law firm, practicing labor and employment law.

Born in Japan, she was educated in California, receiving her B.A. in International Relations from Pomona College and her J.D. from UC Hastings College of the Law.  In 2019, Diane obtained a Master’s Degree in National Security from the U.S. National War College, Eisenhower School.  Diane speaks Chinese, Spanish, and French.  She and her daughter arrived in Taipei from Washington D.C. in the summer of 2020.