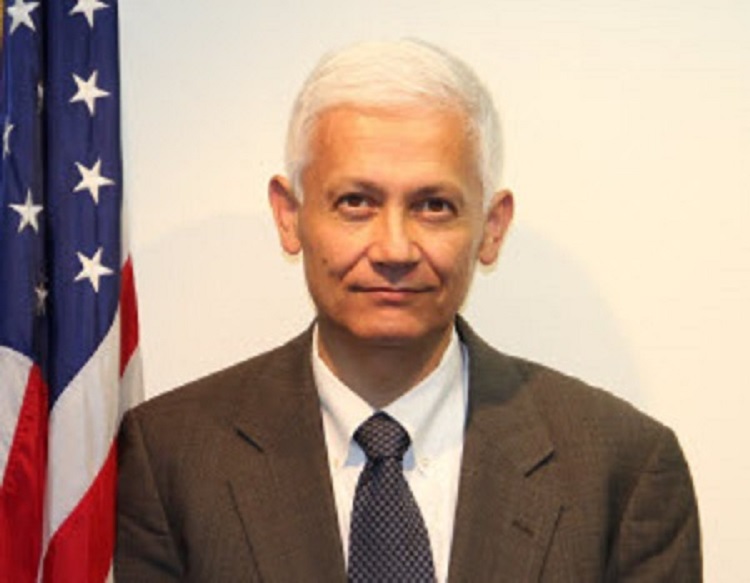 Gary G. Oba assumed his duties as the Branch Chief of the American Institute in Taiwan (AIT) Kaohsiung Branch Office on July 29, 2011.

Mr. Oba recently completed a detail assignment as a Pearson Fellow working for Co-Chairman Frank Wolf on the Tom Lantos Human Rights Commission of the Foreign Affairs Committee of the U.S. House of Representatives.  From July 2008 to July 2010, he served as the American Presence Officer-designee for Xiamen/Fujian, working out of the U.S. Consulate General in Guangzhou.  From August 2005 to August 2007 he handled political/military issues in the Office of Japanese Affairs at the Department of State.

He served as Principal Officer of the American Consulate in Nagoya, Japan from July 2002 to July 2005.  From March to July 2005 he served concurrently as Deputy Commissioner General for the U.S. Pavilion at the Aichi World Exposition 2005.  Prior to going to Japan, Gary was Chief of the Economic and Travel Services Sections of the Kaohsiung Branch Office of the American Institute in Taiwan from July 1996 to July 2000.

Mr. Oba entered the Foreign Service in 1987 and has served as the Political, Economic and Consular Officer at the American Embassy in Bissau, Guinea-Bissau (West Africa); as a Consular Officer at the American Consulate General in Sapporo, Japan; and as an International Affairs Officer in the Bureau of Human Rights and Democracy at the Department of State in Washington, D.C.  Prior to entering the Foreign Service, he worked as a City Manager/City Attorney in St. Mary’s Alaska.

Mr. Oba was born and raised in Colorado.  He obtained an undergraduate (B.A.) degree in Asian Studies and Political Science at Brigham Young University (BYU) in Provo, Utah.  He subsequently obtained a Masters in Public Administration and a Juris Doctorate (law degree) at BYU.  He is a member of the Alaska Bar Association.  Mr. Oba speaks Japanese and Mandarin.  He is married to Kaoru Yamamoto Oba, an intercultural communications consultant.  They have two college-age children:  a daughter, Alisa, and a son, Ken.