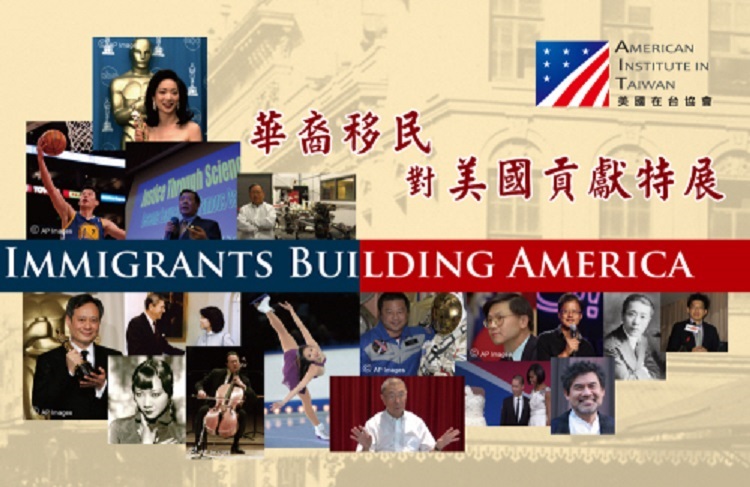 The American Institute in Taiwan, in cooperation with the Overseas Compatriot Affairs Commission and Chiang Kai-shek Memorial Hall, is pleased to announce the opening of an exciting new exhibit entitled “Immigrants Building America.” Because so many people of different nationalities and ethnic groups have contributed to the growth of America, the United States of America is often called a melting pot. This exhibit tells moving and inspiring stories of people journeying to a new country, struggling to establish themselves, and contributing their intelligence and hard work to create the vibrant America that we know today.