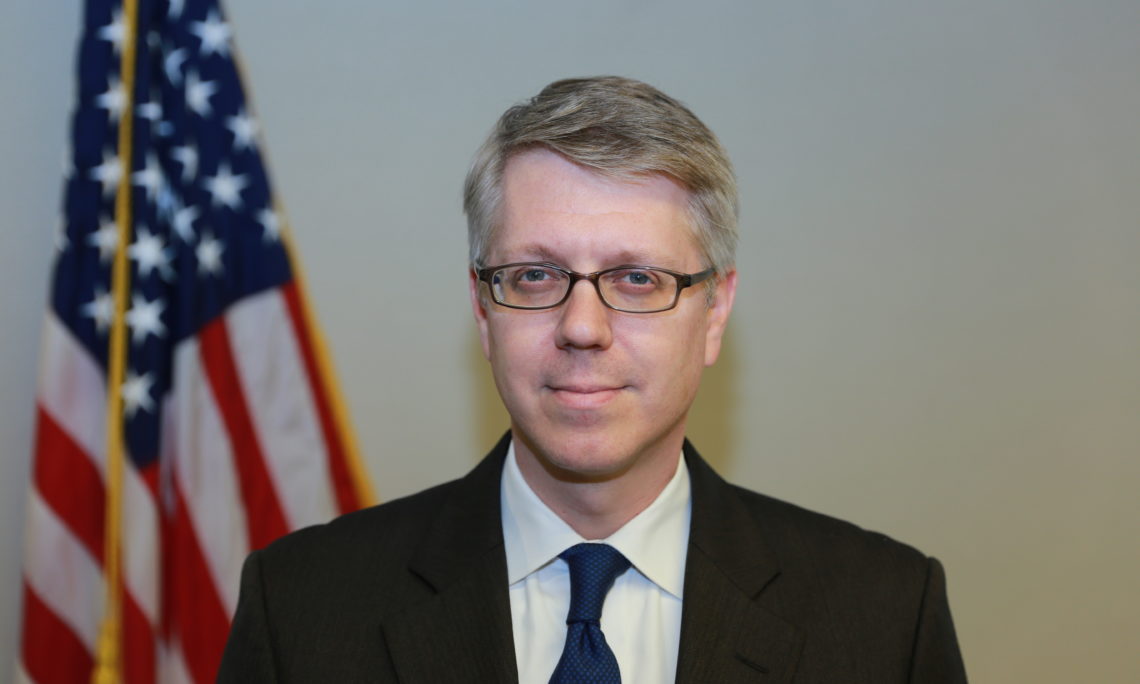 Matthew O’Connor assumed his position as Branch Chief of the American Institute in Taiwan (AIT) Kaohsiung Branch Office on August 1, 2017

Matthew O’Connor assumed his position as Branch Chief of the American Institute in Taiwan (AIT) Kaohsiung Branch Office on August 1, 2017.

Previously, Mr. O’Connor served as the Senior Australia Desk Officer in the Bureau of East Asian and Pacific Affairs Office of Australia, New Zealand, and Pacific Island Affairs.
From 2014 to 2015, he served in the Political Section of the U.S. Embassy in Baghdad. From 2011-2014, he was Political-Military officer and Deputy Principal Officer of the U.S. Consulate General in Naha, Okinawa. Before that, he worked in the Economic Section of AIT/Taipei. Mr. O’Connor has also served in the Economic Section of the U.S. Embassy in Tokyo and at the U.S. Consulate General in Shanghai as both a consular officer and an economic officer. Before joining the Department of State, he worked as a financial analyst in Washington, D.C.

A native of Prince Georges County in the state of Maryland, Mr. O’Connor graduated from the University of Texas with a Bachelor of Arts in Japanese, and earned a Master of Science in Foreign Service from Georgetown University. He speaks Mandarin and Japanese.