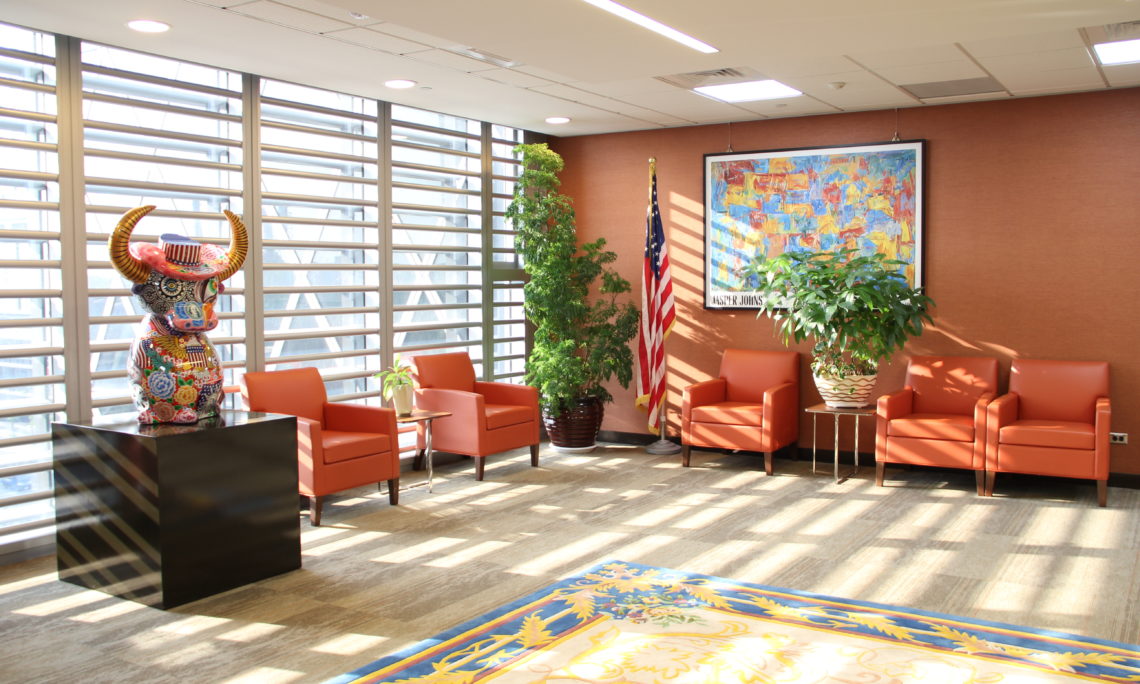 The Kaohsiung Branch Office of the American Institute in Taiwan represents U.S. interests in southern Taiwan and endeavors to  strengthen ties between the American people and the people of southern Taiwan through an active program of public diplomacy and outreach.  AIT/K also actively promotes U.S. commercial interests, follows and reports on economic and political developments, and provides essential services to U.S. citizens residing in southern Taiwan.  AIT/K’s district includes Chiayi City, Tainan City, Kaohsiung City, Pingtung County, Taitung County, and Penghu County.  This area, roughly one third of the island, has a population of over six million people, including approximately 8,000 American citizens. 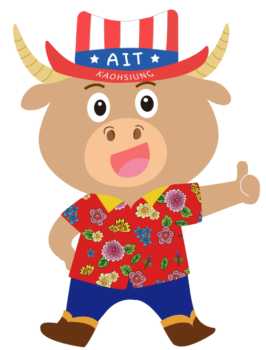 Meet our mascot: Amigu
Howdy! I’m Amigu. I’m an exchange student this year from Texas.
AIT/K mascot “Amigu” is a water buffalo, which combines elements of American and Taiwanese culture. He is a little “cowboy” wearing a hakka flower shirt, a pair of jeans, and boots. “Amigu” is an icon on AIT/K’s social media platforms.