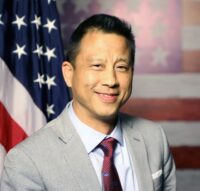 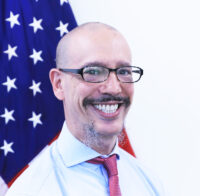 Dave Averne arrived in Taiwan in July 2020 to assume the position of Principal Commercial Officer of the American Institute in Taiwan’s (AIT’s) Kaohsiung Branch Office.

Prior to entering public service, Mr. Averne taught English in a Japanese fishing village for two years as part of the Government of Japan’s Japanese Exchange and Teaching (JET) program.