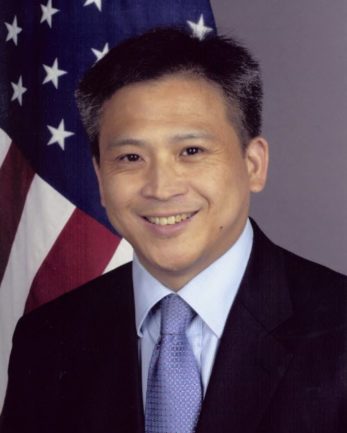 Mr. Moy is a career member of the Senior Foreign Service and holds the personal rank of Minister Counselor.  He graduated from Columbia University and the University of Minnesota, and is a Mandarin speaker.  Mr. Moy is accompanied by his wife Kathy Chen and their four children.