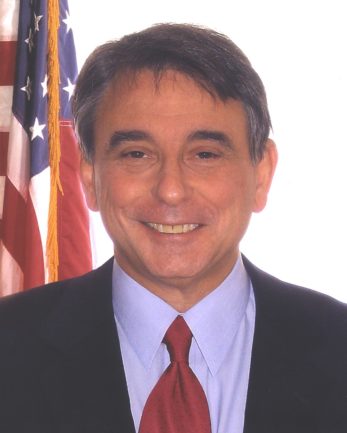 Bill Stanton assumed his position as Director of the American Institute in Taiwan (AIT) on August 28, 2009. The Taiwan Relations Act of 1979 designated AIT as the organization responsible for conducting commercial, cultural and other relations between the people of the United States and the people of Taiwan.

Mr. Stanton previously served as Deputy Chief of Mission to both the U.S. Embassy in Seoul, Korea (2006-09) and the U.S. Embassy in Canberra, Australia (2003-06). During the latter assignment, he served some 23 months as Chargé d’affaires ad interim. His other Asia-related experience included two assignments at the U.S. Embassy in Beijing, including one as Minister Counselor for Political Affairs; as Deputy Director for the Office of Chinese and Mongolian Affairs; and as Special Assistant for East Asia and Pacific Affairs for the Under Secretary for Political Affairs. Mr. Stanton received two years of Mandarin training, including a year of language studies at AIT.

During his 33-year career as a Foreign Service Officer, Mr. Stanton has also served as Director of the Office of Egyptian and North African Affairs; Director of the Office of UN Political Affairs; Political-Military Affairs Officer in Embassy Islamabad; Country Officer for Lebanon; Staff Assistant for the Assistant Secretary for Near East and South Asian Affairs; Watch Officer in the Department of State Operations Center; and Consular and Political Officer at Embassy Beirut. His training assignments included participation in the Senior Seminar and Senior Training at the Hoover Institute in Stanford, California. Mr. Stanton has received three Superior Honor Awards, one Superior Group Award, and several performance awards. In 2011, he received the Charles E. Cobb Award for Initiative and Success in Trade Promotion. He holds the rank of Minister Counselor.

List of the AIT Director Stanton’s Speeches and Remarks (Archives)