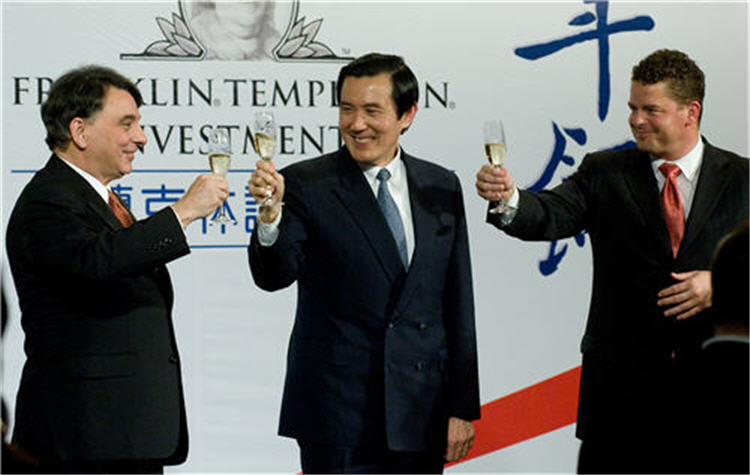 Remarks by AIT Director William A. Stanton at the 2011 American Chamber of Commerce in Taipei “Hsieh Nien Fan.”

This evening, I am particularly honored to speak before such a distinguished audience, and on the same stage with President Ma.  I am particularly impressed that so many ministers are participating in tonight’s event — evidence once again of the great support of the Taiwan government for AmCham and our bilateral trading relationship.

As someone who has already had the pleasure of passing that anniversary milestone, I would first like to share with you some thoughts about the paradox of aging.   On the one hand, your eyesight might not be as good as it once was, so you have to wear glasses to read.  On the other hand, your vision is better because experience sometimes enables you to see things more clearly and with more perspective.   Yes, there is hope that, as you become older, you can also become wiser.  But then, there is the problem of how others perceive you.   Because you are older, for example, others might think that your hearing is not so good.

I know this because I was on the phone with Washington the other day and my boss was yelling at me:  “Bill, what are you? Deaf?  We sent you to Taiwan to make the beef problem go away, not to make U.S. beef go away!!”

For the record, let me say again, simply and unequivocally, U.S. beef is safe.   I hope — in fact, I believe — that we will be able to work with our Taiwan friends and colleagues to resolve this latest dispute, and we will do so as soon as possible.

But before talking about trade per se, allow me to say a few words in praise of AmCham Taipei.  Over the past 60 years AmCham Taipei has played a significant and highly positive role in Taiwan. Some of you may not know this, but AmCham’s leadership in shaping U.S. relations with Taiwan was crucial in the uncertain months following the U.S. 1978 decision to recognize mainland China.

In fact, when the then-American ambassador in Taipei, Leonard Unger, received the phone call from Washington informing him of the decision, he was attending AmCham’s Christmas Ball.  It was clearly not the Christmas present he wanted.

Following “de-recognition,” when there was no longer a U.S. Embassy in Taiwan and the American Institute in Taiwan had not yet been created, it was the American Chamber of Commerce that stepped forward as the leader of the American community, winning approval for the relocation of the Taipei American School and finding a new home for the American Club.

AmCham’s principled public stance of not objecting to the U.S. recognition of mainland China, but reminding the U.S. government of the need to meet its moral responsibilities to Taiwan, gained the goodwill of the Taiwan people.  Its testimony and specific proposals to the U.S. Congress helped shape the Taiwan Relations Act.

I also believe that much of Taiwan’s remarkable economic success stems from implementing economic policies that mirror AmCham’s own core values, which are also those of America: private enterprise, rule of law, free trade, ethical and responsible business practices, transparency, and the free flow of information.

For example, I commend AmCham for its role in two major successes:  first, advocating on behalf of its members improvements in Taiwan’s protection of intellectual property rights; and second, Taiwan’s signing of the WTO Government Procurement Agreement. There’s no question that AmCham’s members have contributed to Taiwan’s economic growth and expansion of trade.

Speaking of growth, as the great American jazz singer Dinah Washington might say, what a difference a year makes!   I clearly remember standing here last year at this time, marveling that Taiwan’s economy was projected to grow by 4.72% in 2010.  In the aftermath of the global financial crisis, that was a most impressive forecast.

By now, we all know how timid that prediction was.  Not only did Taiwan’s economy surpass the growth projection of a year ago, it more than doubled it.  With a 10.82% growth rate, Taiwan was at the forefront of the Asian recovery, fully demonstrating once again that Taiwan is a resilient, vibrant economy that offers great market opportunities for business.

You know, another aspect of getting older is that other people are more understanding if you make a mistake.   Thus, I would like to ask your understanding as I now clarify a point I tried to make yesterday in a speech I gave on cross-straits relations to underscore the importance of Taiwan as an export market for the United States even though its population, at 23 million, is relatively small.

Last year, the United States exported approximately $92 billion in goods to mainland China.  China, the world’s second largest economy, has 1.3 billion people, or about 56 times as many people as Taiwan, but it only bought about three-and-a-half times as many goods from the United States as Taiwan did.  In short, Taiwan is a great trading partner for the United States, and I hope we can continue to make progress in becoming even better trading partners and thereby contribute to achieving President Obama’s National Export Initiative (NEI) goal announced last year of doubling overall U.S. exports by 2015.

Besides the impressive  economic and trade statistics, which principally reflect  the great work of all of you here in the private sector, we public servants also have some good stories to tell.

One of our most successful areas of bilateral cooperation with Taiwan is the environment.  We have collaborated on such issues as site remediation, green technology and nuclear energy safety.  In fact, Taiwan has now established itself as a regional leader in environmental protection, and our bilateral efforts on this front are currently undergoing an exciting transition marked by expanded cooperation to help other partners in the region meet their environmental challenges.

In December, we held our first annual U.S.-Taiwan Clean Energy Forum, which both President Ma and I attended.  The potential for U.S. and Taiwan green tech companies to cooperate and build together a sustainable energy future is enormous.  While the private sector holds the key to innovation, government can enact policies that support the development of clean energy technology, and I foresee long and fruitful cooperation between the United States and Taiwan on this.

Nonproliferation is another successful area of bilateral cooperation.    For the past seven years we have worked very closely to keep dangerous stuff, like parts that can go into missiles or high tech weapons, out of bad people’s hands, while also facilitating normal, commercial trade.

I am very proud to say that this year, Taiwan will be the very first Asian economy among those cooperating with us under our Export Control and Related Border Security Program to become a “Graduate Partner.”

This means that after seven years of export control cooperation, Taiwan has put in place an effective system and, as in the case of environmental cooperation, is ready to take cooperation to a new level by becoming our partner in helping other interested economies in the region improve export control efforts.

Let me conclude by reiterating that the United States remains committed to maintaining a strong trade and investment relationship with Taiwan.  Taiwan also shares that goal.

President Ma has stated that it is important for Taiwan to improve its trading relations not just with China, but with the United States and other partners as well.  We could not agree more.

The U.S.-Taiwan relationship, including our deep cultural, economic, and historical ties, forms one of the great success stories for U.S. engagement in Asia.  We have accomplished much through common understanding and effort, through shared energy and enthusiasm.  We at the American Institute in Taiwan are institutionally and personally committed to helping our two economies to achieve even more.  I am proud to say that AmCham Taipei continues to be our active partner in accomplishing this goal.

With that, I wish everyone a very happy, and certainly a very prosperous, New Year!  May you in the year of the rabbit, yáng méi tù qì (揚眉兔氣), hóng tù dà zhǎn （宏兔大展）!!