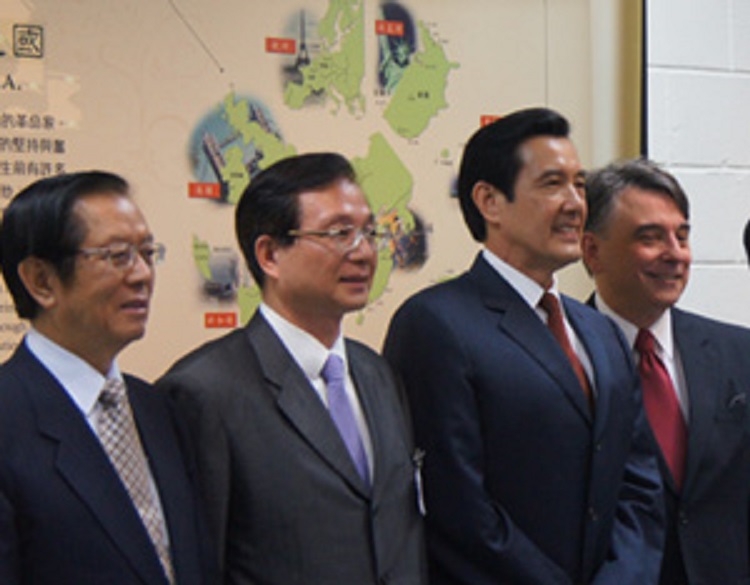 Many of you know that today is the National Day for the United States so you may wonder why I am here to open an exhibit about Dr. Sun Yat-sen, the founder of the Republic of China. I will tell you. I am here today because today is an important day to celebrate democracy.

On November 19, 1863 President Abraham Lincoln made a 3 minute speech to dedicate a memorial at the battlefield in Gettysburg, Pennsylvania. Those 3 minutes literally changed the world for both the United States and Taiwan. He wanted to emphasize the importance of the battle that had been fought and he said that the important thing that was achieved was “…that this nation, under God, shall have a new birth of freedom — and that government of the people, by the people, for the people, shall not perish from the earth.”

Dr. Sun was so inspired by the words of President Lincoln that he used them to espouse his basic political philosophy which he called the “Three Principles of the People.” Those three principles are Minzu Zhuyi, Minquan Zhuyi, and Minsheng Zhuyi.

This exhibit reminds us that the struggle toward democracy is not easy but it is worth it in the end. It should also remind us not to take our democracies for granted but that we should always uphold the principles exemplified by both President Lincoln and Dr. Sun Yat-sen. Government is from us the people, is by us the people, and if for us the people.

Thank you and enjoy the exhibit.