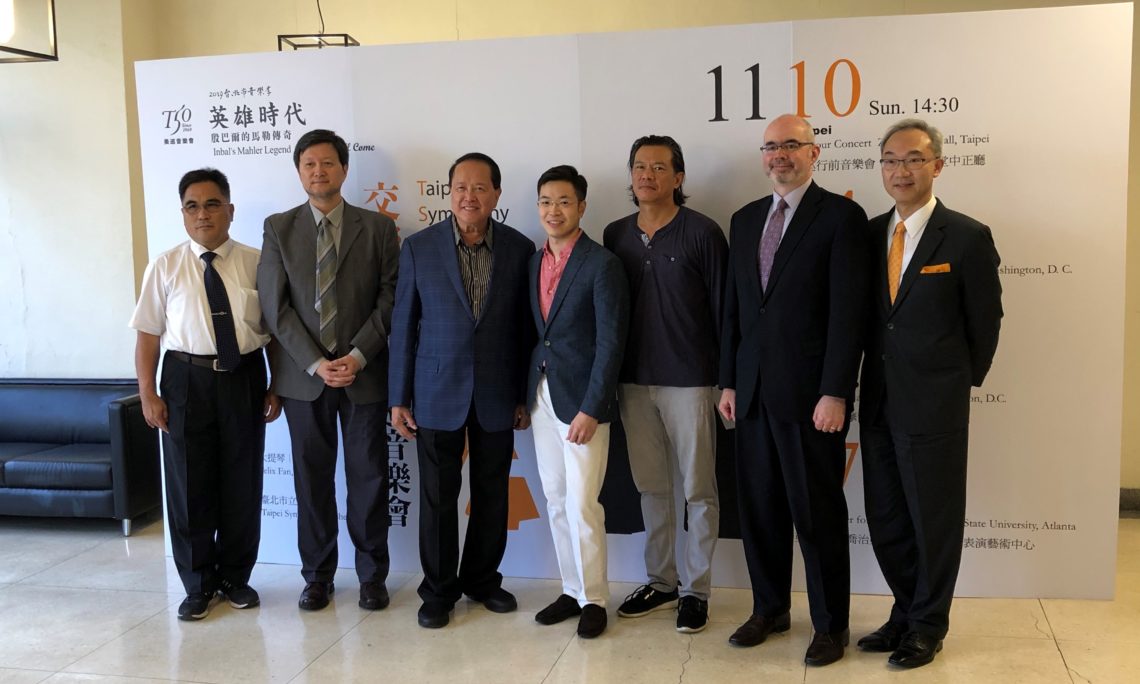 Director-General Yao, Dr. Ho, Maestro Ling, distinguished guests, friends of the media, wu an!  I am Ray Greene, Deputy Director of the American Institute in Taiwan.  It is my great pleasure to be here today to attend the press conference prior to the Taipei Symphony Orchestra’s (TSO) U.S. tour.  On behalf of the American Institute in Taiwan, I would like to thank the TSO for its commitment and contribution to the exchanges of musicians and orchestras between the United States and Taiwan for many years.

TSO is one of the most important partners of the many exchange programs of the U.S. State Department.  In March 2013, the two concerts performed by the U.S. violinist, Kyle Dillingham, and TSO at the Daan Forest Park drew an audience of tens of thousands.  In 2017, with the great support of TSO, the American Music Envoy Tony Memmel and Taiwan’s acclaimed blind pianist Mr. Hsu Che-Cheng jointly held a concert that warmed the heart of the audience in Taipei.

TSO is known for its ability to combine the classical and modern music to create concert programs that are interdisciplinary and innovative.  This concept coincides with what we want to celebrate in the AIT@40 Innovation and Entrepreneurship Month in November.

TSO’s second visit to the United States truly demonstrates our vibrant, robust, and close people-to-people ties.  Especially when the bilateral relationship is approaching its 41st anniversary, I would like to thank all the partners and members of the orchestra for making this trip possible.  I would also like to urge the younger generation of both the U.S. and Taiwan to continue this friendship through music and engage in dialogues on our shared values in a variety of fields, such as culture, art, civil society, education, and environmental protection.

With that, I wish you a very successful and fruitful trip!