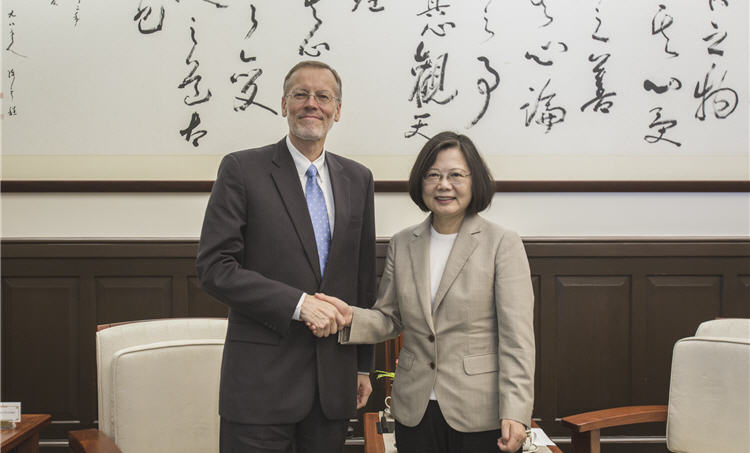 It is great to be back in Taiwan for the third time in my Foreign Service career.  It is my honor to represent the United States as the new AIT Director, and I look forward to working closely with Taiwan to deepen our relationship.  In the past week, I have met many old friends and I’m sure I will make many new ones over the next three years.  The United States is a close friend of Taiwan, and I look forward to renewing my personal friendship with President Tsai.

Regarding the recent news about the break in diplomatic ties between Taiwan and El Salvador, I want to stress that the United States is deeply disappointed by this decision.  As the White House stated, “[El Salvador’s] receptiveness to China’s apparent interference in the domestic politics of a Western Hemisphere country is of grave concern to the United States and will result in a reassessment of our relationship with El Salvador.”  China’s unilateral efforts to alter the status quo are harmful and undermine the framework that has enabled peace, stability, and development in the region for decades.  The United States will continue to support Taiwan as it expands its significant global contributions, and as it resists efforts to constrain its appropriate participation on the world stage.

My experience here has taught me that Taiwan’s greatest asset is its people.  And they all share a firm determination to decide their own future.  This core belief has allowed Taiwan to flourish into the democratic role model and beacon of freedom that it is today.  The people of the United States share Taiwan’s determination, and that is why our people-to-people ties are now stronger than ever.

Taiwan is a reliable partner and an important player in the Indo-Pacific region.  The United States knows that Taiwan shares our interests and values, and we rely on Taiwan to promote regional stability and peace.  The United States and Taiwan stand together to protect what we hold most dear: our freedom, our democracy, and our future.

I believe our relationship with Taiwan today is as good as it has ever been, but together with President Tsai, I look forward to taking our relationship to new levels of friendship and cooperation.