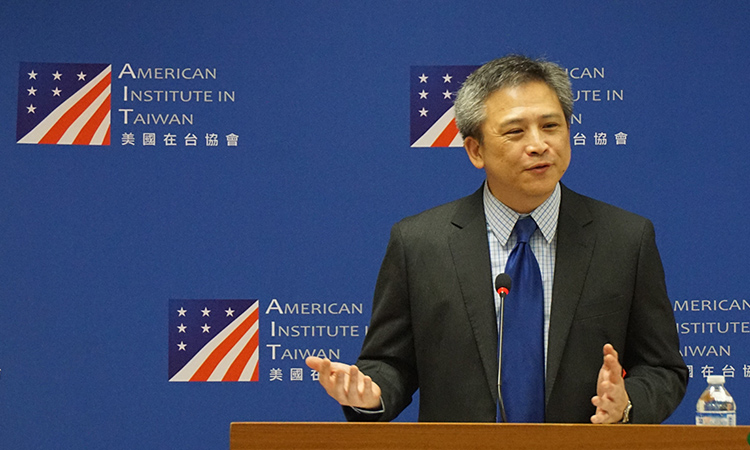 Thank you for joining me today.  First, I would like to express appreciation to members of the media.  You have been very fair in your coverage of AIT.  For those of us in foreign affairs, we might not agree with all articles, but we can only ask for the media to be fair.  And the Taiwan media have treated us even-handedly.

When I arrived in Taiwan in 2015, at my first press conference, a reporter asked what my goal was.  I responded that I wanted the people of Taiwan to know that they had no better friend than the United States.  Over these past three years, that is the goal that we have been working toward.  I am proud of the work that AIT has done to convey that message, and proud that AIT has worked to impact people’s lives in a positive way.

It has been an honor to serve at AIT, to work alongside AIT’s dedicated team of American and Taiwan staff, and to cooperate closely with Taiwan to advance this important relationship.  For me, personally, living and working in Taiwan has been a joy.  My family and I will miss the friends we have made here and the warmth of the Taiwan people.  Interacting with members of the public through AIT’s Facebook page has been an experience that I will cherish.

AIT has rarely been busier than it has been in the past few months.  We dedicated AIT’s new office complex on June 12.  We welcomed President Tsai Ing-wen and distinguished cabinet members to join us for that historic occasion, alongside guests from Washington.  We received so many messages of support after the ceremony from Americans and people in Taiwan who were moved by its symbolism.  As I noted in my remarks that day, the building itself is a tangible symbol of U.S.-Taiwan friendship.  It will become a new space for us to engage more with Taiwan across the full breadth of our cooperation, especially in the areas of economic and people-to-people ties.

Our engagement has grown significantly over the past few years, reflecting how vibrant, close, and stable our ties are.  Members of Congress and representatives of the U.S. administration continue to visit Taiwan every year to witness our progress in the relationship.  For example:

I want to express thanks to President Tsai and her fine team for their close cooperation with us and support for strong ties.

AIT announced last week the name of my successor, Brent Christensen.  Brent previously served as AIT Deputy Director and led the State Department’s office of Taiwan Coordination, among other prominent assignments.  Along with the recent arrivals of Deputy Director Ray Greene and Spokesperson Amanda Mansour, I know that AIT will be in very good hands.  I am confident that the United States’ cooperation with Taiwan will grow stronger than ever before.

In closing, I would like to express my appreciation to the AIT team.  I will now take a few questions.