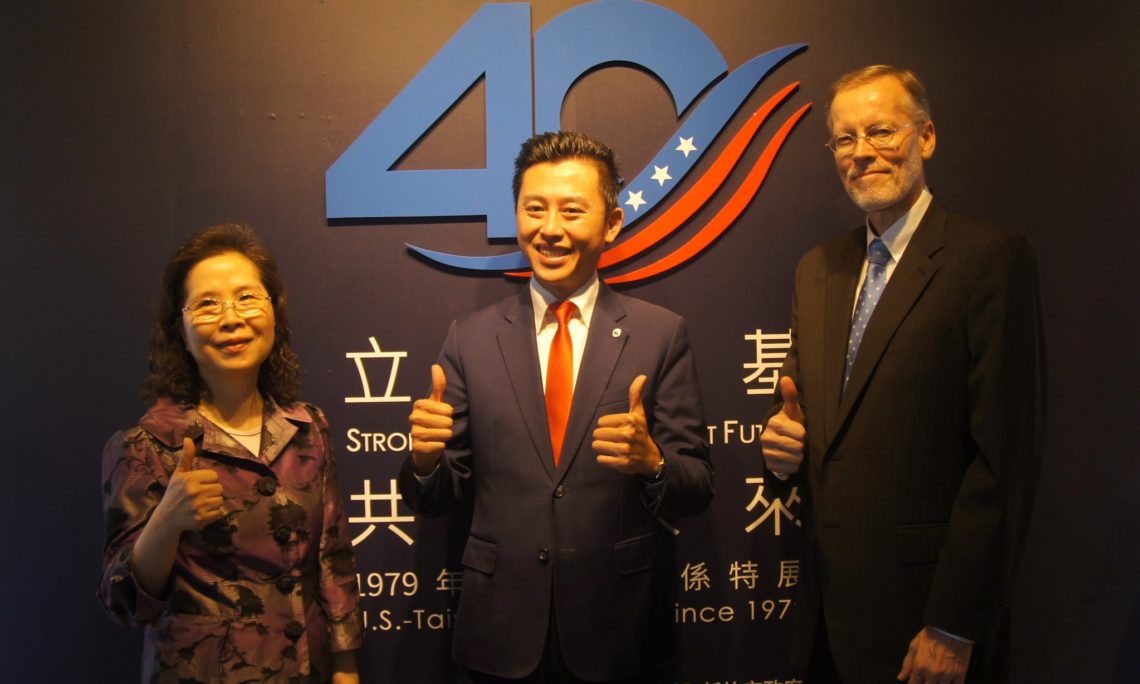 Remarks by AIT Director W. Brent Christensen
at the Opening of AIT@40 exhibition in Hsinchu

It is an honor to open the AIT@40 exhibition here in Hsinchu today, especially during AIT@40 Technology and Digital Economy Month. The month is dedicated to the 40 years of close cooperation between the United States and Taiwan in technology and digital economy. Hsinchu is a forward-thinking and fast-developing place, with the Hsinchu Science and Industrial Park, Industrial Technology Research Institute, and the National Space Organization.  The United States and Taiwan have worked together in many different fields including weather satellites, a particle physics detector that sits onboard the International Space Station, and the world’s largest grouping of telescopes to study outer space. In fact, the U.S.-Taiwan COSMIC-2/FORMOSAT-7 weather satellites will be launched in just a few days, which we are all looking forward to!

In 1979, the U.S. Congress passed the Taiwan Relations Act and established the American Institute in Taiwan (AIT).  In this exhibition, AIT has brought together documents, artifacts, interviews, hundreds of photos, and even augmented and virtual reality features to tell the story of AIT’s role in forging U.S.-Taiwan relations over the past 40 years.  It shows the breadth and depth of the exchanges and engagement that the U.S. and Taiwan have shared since 1979.

The transformation of Taiwan, and of this relationship over the past 40 years has been remarkable.  As we celebrate this important anniversary, we are also looking forward and focusing on how we can further strengthen and broaden the relationship over the next 40 years and beyond.  Many of you know that AIT has just moved into our new office space in Neihu.  This new $255-million facility is an important symbol of our long-term commitment to this partnership.  It is a modern complex built to serve as home base for AIT as we work to promote U.S.-Taiwan security cooperation; promote the U.S.-Taiwan economic and commercial relationship; promote Taiwan’s role in the global community; and promote people-to-people ties.

In closing, I would like to thank the Hsinchu City Government for co-hosting this exhibition.  I would also like to thank the Ministry of Foreign Affairs and National Sun Yat-sen University for their support of this project, as well as for our many ongoing collaborations.  Thank you for joining us today.  Please enjoy the exhibition.