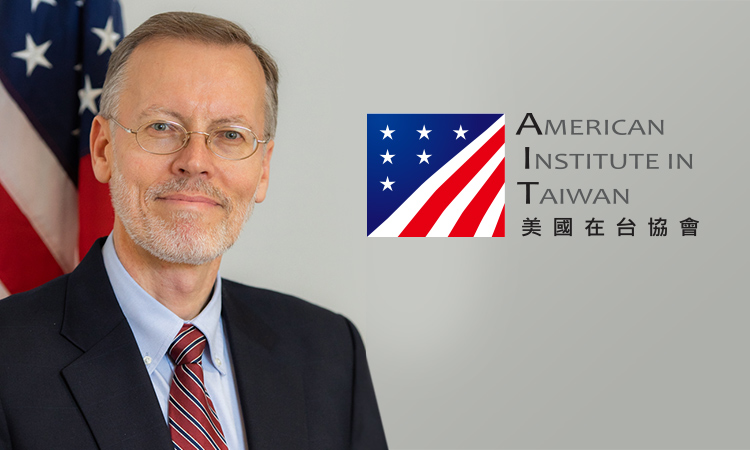 As many of you know, 2019 marks the 40th anniversary of AIT and the Taiwan Relations Act.  This has been a historic year for the U.S.-Taiwan relationship, not only because we are commemorating the 40th anniversary of the Taiwan Relations Act, but also because we moved to our new $255 million facility in Neihu, the first purpose-built facility by a foreign representative office in Taiwan.  Last month, together with President Tsai we announced the renaming of AIT’s counterpart organization in Taipei as the Taiwan Council for U.S. Affairs.

Over the past year, U.S.-Taiwan two-way investment has continued to increase.  U.S. corporations, including Micron, Applied Materials, and Qualcomm have all established significant new facilities in Taiwan, further bolstering U.S.-Taiwan high technology ties.  Taiwan investments in the United States have also continued to grow, and for the second year in a row, Taiwan boasted the largest delegation to the SelectUSA Investment Summit.  Two-way trade hit new record highs in 2018, with U.S. exports to Taiwan up 17.5% and Taiwan exports to the United States up almost 8% compared to 2017.

The United States and Taiwan have also worked together extensively in the fields of science and technology.  Two weeks ago I joined President Tsai to view a live broadcast of the successful launch of the FORMOSAT-7/COSMIC-2 satellites.  This satellite mission will benefit global weather forecasting, space weather monitoring, and climate research.

This year has given us new opportunities to celebrate the United States and Taiwan’s shared democratic values.  Taiwan hosted the first Indo-Pacific Religious Freedom conference earlier this year and the United States and Taiwan will soon be co-hosting a new Indo-Pacific Democratic Governance consultations process.  Underscoring Taiwan’s impressive track on human rights, for the tenth year in a row, Taiwan has been awarded the top rating in the U.S. Government’s Trafficking-In-Persons Report.  Taiwan continues to be a role model for the rest of the world in supporting efforts to address global challenges, such as participating in the Anti-ISIS Coalition and in vigorously enforcing UN sanctions against North Korea and Iran. Through the U.S.-Taiwan Global Cooperation and Training Framework (GCTF), Taiwan continues to share its expertise with the international community through trainings and conferences on a wide range of topics, with recent GCTF workshops focusing on network security, public health, and women’s leadership and empowerment.

As part of this year’s AIT@40 celebration, we have designated 2019 as the “U.S.-Taiwan Travel Year,” which is also the specific theme of today’s event. Last year, U.S. and Taiwan travelers took more than one million trips between the two locations. Since Taiwan joined the Visa Waiver Program in 2012, the number of Taiwan travelers to the United States annually has increased by over 60 percent. Meanwhile, on any given day, there are over 17,000 U.S. tourists visiting Taiwan.

Americans traveling to Taiwan are often most impressed by the friendly nature of Taiwan’s people. Whether exploring the beautiful beaches of Kenting, climbing the high peaks of Alishan, or enjoying the bustling night markets of Taipei, American tourists enjoy exploring every corner of this island, making friends along the way and strengthening our people-to-people ties.

And AIT encourages people across Taiwan to travel to the United States in 2019 so that we may return the favor of hospitality, and introduce Taiwan travelers to the most interesting corners of our nation. We encourage you to enjoy the natural beauty of our national parks system, attend a professional sports game, or experience the bustling energy of our cities.  Wherever you may go, remember that the United States welcomes Taiwan’s people with open arms, because we believe that two-way travel between the United States and Taiwan will only bring us closer together and continue to strengthen the important and enduring U.S.-Taiwan partnership.

I would like to take a minute to thank our generous donors who helped make this event possible by providing the photo booths and other displays, and by donating U.S.-produced blueberries, cherries, chocolate, potato chips, coffee, and ice wine. Thank you for attending today’s event; please enjoy the rest of the celebration.

為慶祝美國243歲生日，AIT處長酈英傑今天在台北舉辦了一場慶祝活動；在這天，我們共同來反思自由、民主、平等及正義等形塑美國的價值，而這些也正是美國與台灣共享的價值。由於七月是我們的「藝文與運動月」，2019年是「美台旅遊年」，因此我們的慶祝活動特別主打「旅遊主題」，並展示美國多元的文化、美食藝文、各式精采活動，以及美國的知名地標！#FourthofJuly #HappyJuly4 #IndependenceDay #AITat40 #AITat40Celebration #USTaiwanTravelYear #美台旅遊年 #ArtsCultureandSportsMonth #藝文與運動月 AIT celebrated the United States’ 243th birthday in Taipei today with an event hosted by AIT Director W. Brent Christensen! At this event, we reflected on the values of freedom, democracy, equality, and justice that shape the United States–values that we share with Taiwan. Since this month is the Arts, Culture, and Sports Month and this year is the U.S.-Taiwan Travel Year, the event is travel themed and filled with diverse cultures, food, arts, activities and landmarks of United States!