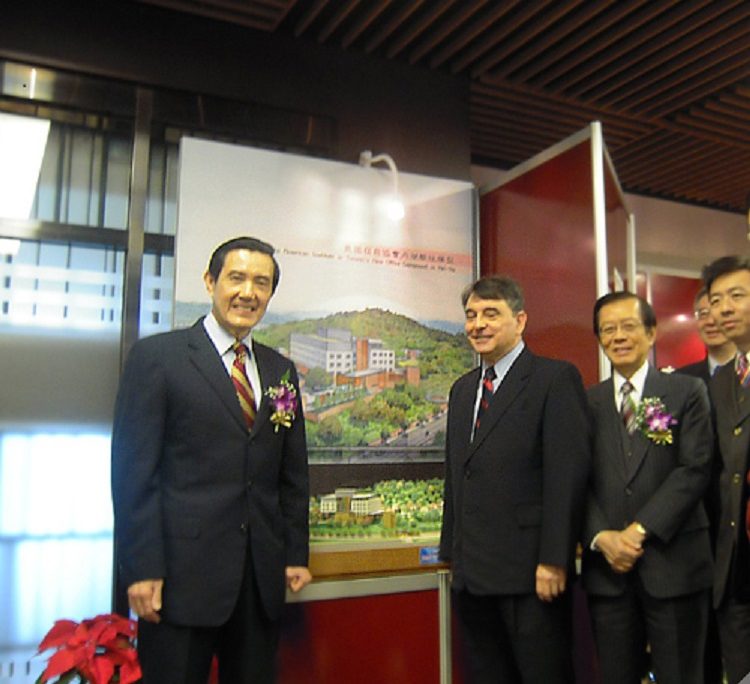 Taiwan people often say:「凡走過必留下痕跡」A loose translation into English might be “Footprints in the sand surely show where you have been.” With this exhibit, “American Footsteps in Taiwan,” we try to tell the story of our relationship with Taiwan through the “footsteps” of photographs, filmed recollections, memorabilia, and other traces of the past.

The exhibit shows where we have been, and in the process, I believe it also tells us something about ourselves now.

Over 64 years ago, on July 4, 1946 the United States was the first foreign country to open a library in Taiwan since the Japanese occupation. In fact, however, we had already even earlier opened a reading room. July 4 was just when we inaugurated the full lending library.

I believe this small but early U.S. contribution to Taiwan is significant because it demonstrated from the start our long-term commitment to Taiwan. And it also showed that our interest in Taiwan was not just because it was militarily and strategically important, but also because we had and still have a long-term commitment to building relationships with Taiwan in all areas and on all levels.

That is why we are here today. That is the point of this exhibit–to reaffirm our long-term commitment to and partnership with, the people of Taiwan.

Yesterday I had the opportunity to be interviewed to talk about this exhibit. I highlighted some of the displays that I thought were especially significant. As I walked through the exhibit with the camera crew, I was struck once again by the depth and breadth of our relationship with Taiwan.

I also again felt very proud that the United States was able to help Taiwan with some of the tools it needed to build such a strong and vibrant democracy, and such a robust and advanced economy.

This is a point that I want to emphasize. The United States was able to give tools and assistance. But it was the hard work and determination of the people of Taiwan that created the Taiwan that we see today.

It is a sad fact that not everyone America has tried to help has done so magnificently well.

Although the exhibit is a retrospective look at that cooperation, we have also included a portion looking forward. You will see, for example, a model of our new American Institute in Taiwan office compound currently under construction in Neihu. The building represents our future with Taiwan. It is larger than our current building and allows for further expansion which has not been possible at our current location. Significantly, we have taken steps to make the building ecologically-friendly with solar panels, waste water recycling, and every other innovative “green” technology we could incorporate. It is a building that represents our partnership with Taiwan in the 21st century.

I am honored today that President Ma Ying-jeou and so many other illustrious guests who are also friends and supporters of Taiwan U.S. relations, have joined us for the opening of this exhibit which celebrates the friendship between the United States and Taiwan. I hope that everyone will notice that we have shown some of the difficult times in our relationship as well as its achievements. I believe the fact that we have gone through difficult times and yet remained close friends shows the depth of our shared commitment to the relationship.

The enduring strength of the relationship is also evidenced by the special guest we have here today from whom you have already heard, Mrs. Patricia Linder, spouse of the last Commander of the U.S. Taiwan Defense Command–who traveled all the way from Tucson, Arizona to join us at this exhibit.

All the years since she and Admiral Linder had to leave Taiwan have clearly not diminished her abiding affection for and commitment to Taiwan. I think it is fair to say that all of us who know Taiwan come to love it.

And now, it is my great honor to introduce President Ma Ying-jeou.