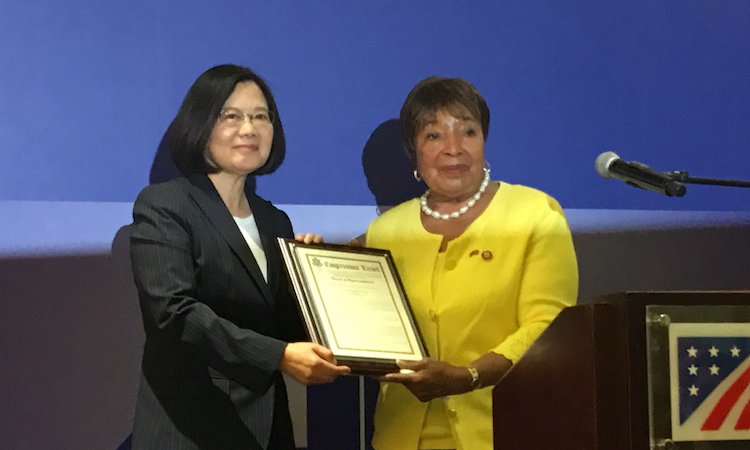 First off, I would like to thank Director Christensen, Chairman Moriarty and the rest of the staff at the American Institute in Taiwan for putting this event together this evening.  This new facility is absolutely beautiful.

Throughout my career in public service, I’ve had the great pleasure of traveling to Taiwan many times.  The American Institute in Taiwan has done an excellent job in facilitating these trips for members of Congress, alongside all of the other responsivities they have here on the island.

Taiwan is a democratic success story, a reliable partner, and a force for good in the world.

The Taiwan Travel Act, which was signed into law last year, encourages officials within the governments of Taiwan and the United States to work together.  Thanks to this legislation, Taiwanese officials are able to visit the United States and meet with their counterparts.  I am hopeful that meetings such as President Tsai Ing-Wen visiting the Johnson Space Center in my home state of Texas will occur more frequently.

The United States will continue to support Taiwan as it seeks to expand its already significant contributions to areas such as public health.

In commemoration of the 40th Anniversary of the American Institute in Taiwan and the opening of this new facility, I have entered into the Congressional Record a House Resolution reaffirming the U.S. commitment to Taiwan and the implementation of the TRA. I wanted to present this [framed copy] to President Tsai.