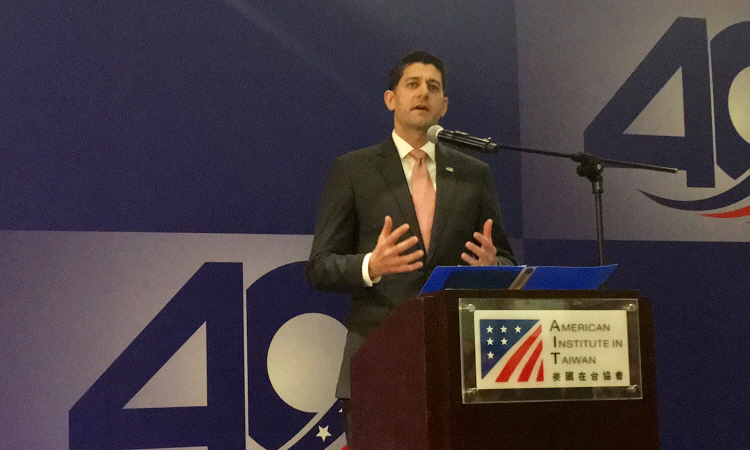 As the head of the U.S. delegation, it gives me great pleasure to be with you at tonight’s event – the Taiwan Relations Act & AIT@40: Celebrating 40 Years of Friendship.  I bring greetings and the warmest regards from the Trump Administration and Taiwan’s countless friends in Washington.

Thank you to President Tsai and the other representatives from Taiwan’s leadership for joining us here today.  I would also like to thank my Republican and Democratic colleagues from the U.S. Congress who have travelled to Taiwan to help me represent many others, both in Congress and the Trump Administration, who care deeply about this critically important relationship and the legislation that made it possible.

It is such an honor to be with you to celebrate a legislative milestone – the 40th anniversary of the passage of the Taiwan Relations Act (TRA).  The TRA is certainly worth celebrating because it has served as the bedrock for U.S.-Taiwan relations.

The U.S.-Taiwan partnership is a rare issue on which there is consensus from both sides of the aisle, and the Taiwan Relations Act was one of those transcendent moments when Congress did exactly what it was designed to do, and as a result, strong bipartisan support for Taiwan has endured for four decades thereafter.

The strategy of the United States is to ensure that freedom and openness flourish in the Indo-Pacific region.  In this endeavor, we couldn’t ask for a better friend than Taiwan.  Taiwan is a democratic success story, a reliable partner, and a force for good in the world.

Vice President Pence captured it well in his speech last October outlining U.S. policy toward China when he said “America will always believe that Taiwan’s embrace of democracy shows a better path for all the Chinese people,” and for that matter, for all people wherever they call home.

Taiwan actively uses its own experiences not only to help others, but to help others help themselves.  The world desperately needs more of Taiwan’s brand of leadership.

Taiwan’s leadership reflects an underpinning of shared values that instills unique importance to the U.S-Taiwan relationship – which, of course, stems from our shared moral and legal commitments enshrined in the Taiwan Relations Act.  Ours is a friendship grounded in history, shared values, and our common embrace of democracy, free markets, rule of law, and human rights.  And our commitment to Taiwan’s security remains rock-solid.

So, thank you President Tsai, Director Christensen, and everyone involved in this amazing ceremony for inviting me to celebrate the 40th anniversary of the TRA and for giving me the opportunity to reaffirm the United States’ commitment to maintaining a long and close relationship with the people of Taiwan.

The bond that our countries share is so unique, so meaningful, and so important. It is an honor to mark this tremendous milestone in the United States and Taiwan’s relationship and I know we will continue to deepen the connection between our governments and our people for many, many years to come.