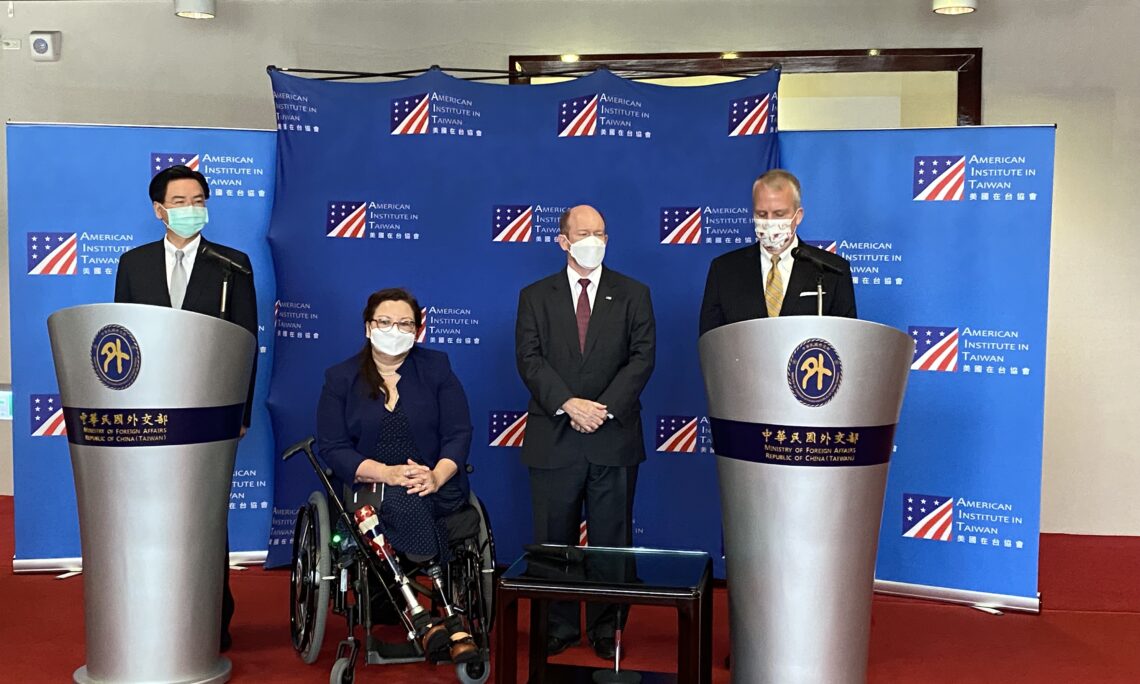 Well thank you, everybody. It’s great to be back in Taiwan.

I want to begin by just mentioning something that I think most people know, but it’s always important to reiterate: the United States has a long history of advancing security, prosperity, and democracy in the Indo-Pacific area. We are an Asia-Pacific nation. We have been in this critical region of the world for centuries. And we will be here in the future, for centuries to come. Over 25 years ago, I was deployed to this region as part of a United States Marine Corps Amphibious Task Force, specifically to the Taiwan Strait; during a very challenging and critical time for Taiwan’s democracy; on the eve of Taiwan’s first presidential election. That was an important demonstration of American resolve and commitment to Taiwan’s security, prosperity, and democracy. And now I’m honored to be back in Taiwan, with this strong bipartisan delegation of United States senators.

Under our Constitution, the Senate has a critical role in American foreign policy, and the Taiwan Relations Act is an important demonstration of this senatorial role. That Act makes it the United States’ policy to provide assistance to Taiwan, to enable it to resist all kinds of coercion. American support for Taiwan’s prosperity, democracy and security remains rock solid, and is very bipartisan, as you can see from this delegation of United States Senators – Republicans and Democrats.

This support also extends to the health of the people of Taiwan. Last year, a global pandemic came from Wuhan, China. That was characterized by a lack of transparency, and a lack of international cooperation by the Chinese Communist Party. Today, in dramatic contrast, the United States is leading international relief efforts in an open and cooperative spirit with our friends and partners and allies to bring relief from this global pandemic -with tens of millions of highly effective vaccines, many developed with American ingenuity – to all parts of the world, including Taiwan.

And we are doing this in close coordination with our partners, and friends and allies like Japan, who also recently announced significant vaccines to the people of Taiwan. Let me conclude by emphasizing a point that Senator Duckworth already mentioned: this is a two-way street, with regard to friends and partners who look out for each other, and we in the United States remember these things. Look at my mask (points to facemask, with Taiwan logos on it). There’s over 10 million masks that came from Taiwan to the United States at the early stages of this pandemic. This is one of them. By the way if you can’t see it, it says “Love from Taiwan.” Nice flag, of both representing both of our peoples. And now I say this is “Love from America” in return. And we are very pleased to be here, making this important announcement on vaccines. Thank you.