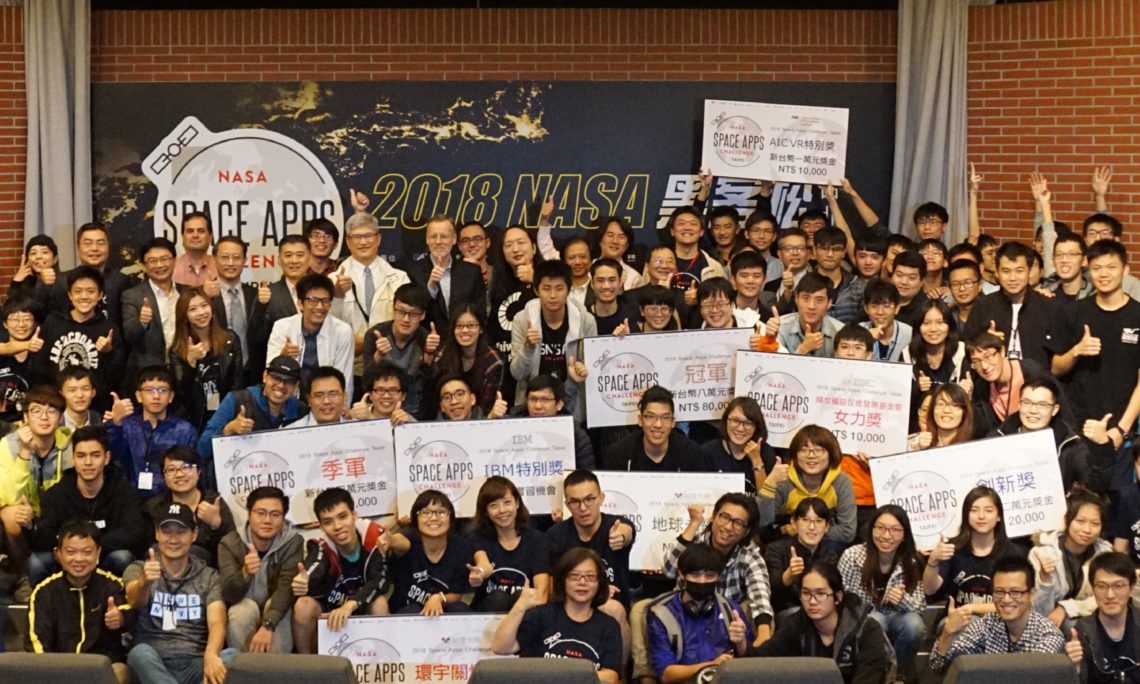 The American Institute in Taiwan (AIT) collaborated with the National Space Organization, Chunghwa Telecom, Taipei City Government, the National Taiwan Normal University, the Taiwan Design Center, and the American Innovation Center to host the 2018 NASA Space Apps Challenge Hackathon in Taiwan from October 19-21.  This year’s theme was “Space and Earth.”  At the close of the 48-hour event, Team Light Wonder won the first place cash award of NT$80,000.

During the closing ceremony, AIT Director Brent Christensen said: “I want to offer my sincere thanks to everyone who developed solutions, and congratulate all of you for completing a tremendous 48-hour hackathon.  It is amazing that you have proposed creative solutions in such a short time to address the most pressing and tricky challenges the world is facing.”

The NASA International Space Apps Challenge is an international hackathon.  This year marked the 6th year of the NASA International Space Apps Challenge, with 211 cities around the world jointly hosting a NASA hackathon event.  This was the second time that Taipei joined the NASA Hackathon with 55 teams and 241 participants – high school and college students, coders, scientists, makers, and hacking enthusiasts.  “Light Wonder,” Taipei’s first place team, along with second place team “Tabby Rangers,” will compete for the global grand prize, a chance to visit the Kennedy Space Center in Florida.  In 2017, the global winner for “Best Mission Concept” was “Space Bar,” a team from Taiwan.

The Winning Teams of the 2018 Taipei NASA Hackathon

More information is available at: https://2018.spaceappschallenge.org/locations/taipei