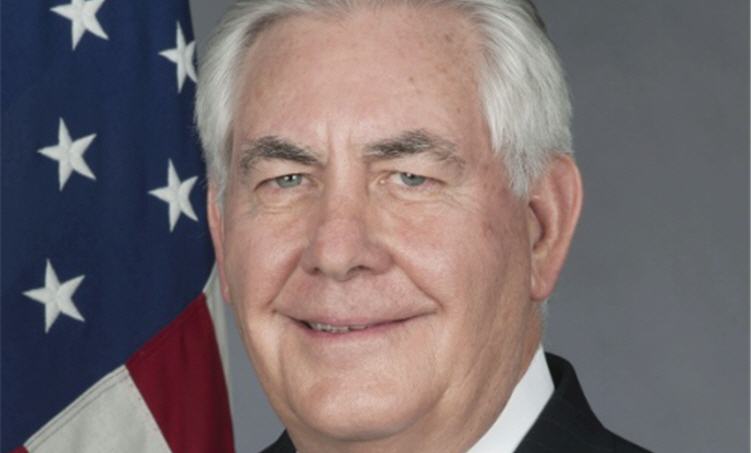 U.S. DEPARTMENT OF STATE
Office of the Spokesperson
December 12, 2017

Secretary of State Rex Tillerson
on “Meeting the Foreign Policy Challenges of 2017 and Beyond,”
the 2017 Atlantic Council-Korea Foundation Forum

SECRETARY TILLERSON:  Well, thank you so much, Stephen, for that warm welcome.

I’m going to touch on South Asia and the President’s policy on Afghanistan, Pakistan, and India; the EU-NATO relationship; Russia and our efforts to re-establish relations with Russia; and then I’m going to just pick very quickly at a few of the issues we’re dealing with in the Western Hemisphere.  But I think it is not lost – and I think the point was made, and I’m not – will not be the last to appreciate the irony of the Atlantic Council hosting an event on U.S. partnership with South Korea, and I think that point’s been made.  But in my view, it does make perfect sense because as you have seen, it takes unity and strong partnerships, those that span the Atlantic and Pacific, to counter the prospect of a nuclear-armed North Korea.

From his first day in office, this was the first policy President Trump asked the State Department to develop and put in place, and clear recognition that he was going to take this threat seriously, and he was not going to leave it unaddressed and was not going to accept the status quo.  It does represent, and did represent then, the most immediate threat to our country, and that we would end the era of strategic patience and begin an era of strategic accountability.  The threat is simply too large to ignore any longer.

Our policy with respect to the DPRK is really quite clear, and that is the complete and verifiable denuclearization of the Korean Peninsula.  It is a policy that is shared by others in the region; in fact, that is China’s policy as well.  And Russia has stated it is also its policy.  So it is – while it is commonly held, our tactics for implementing the policy may differ a bit among parties in the region.  Our approach, as you’ve seen, is to impose ever greater penalties and ever greater pressure on the regime in North Korea to persuade them to halt their current nuclear weapons development program and their systems by which they can deliver these weapons, and to change that course and choose a different course.

We have put in place now over the past many months the most comprehensive set of economic sanctions that I think have ever been assembled through two very comprehensive UN Security Council resolutions with the support, notably, of both China and Russia, clearly indications of how they view the seriousness of the threat as well.

These sanctions now have banned all coal exports from the North – from North Korea.  They have ended their textile exports.  They have put limits and will bring to an end the export of forced labor.  They have also limited the imports of fuel and reduced all imports, each – with each action increasing the pressure on North Korea.

We do know that these are having effects on the North.  This is evidence in terms of what we see happening with fuel prices for North Korean citizens, which initially jumped 90 percent.  They’re now back to where they’re up only 50 percent.  We also know there are shortages beginning to appear, and there’s also, though appearing on the shelves of North Koreans, products which previously had been exported.  So now they have to be consumed internally.

These are combined with diplomatic sanctions where we have called on nations the world over to not just fully implement the UN Security Council economic sanctions, but where they have a sense and a desire to do so, to also isolate the North Korean regime further by recalling their diplomats, closing their offices, and letting North Korea know that with each one of these provocative tests, they only become more and more isolated.

More than 22 countries have sent North Korea’s diplomats back home.  And for some, it may not seem significant, but for small countries that may not have a lot of economic influence, it is yet another important signal.  So from nations like Peru to Spain to Italy to Portugal have cut off the diplomacy ties as well.  And we know the regime notices when that ambassador comes home because they’re not representing that office elsewhere, further isolating them from their contact with the rest of the world.

These are all very important steps, again, to reinforce to the regime that with each step you take, you only isolate yourself further and you do not improve your security, but you degrade your own security.  Important to the success of all of this is the very strong trilateral relationship that exists between the United States, the Republic of Korea, and Japan.  This is a basis for the security structure of the region and it is one that we continue in place and we continue to exercise together so that we are ready for any possible military response that might be required.

In the meantime, our military preparedness is strong.  Because of the situation, the President has ordered our military planners to have a full range of contingencies available, and they are ready.  As I’ve told people many times, I will continue our diplomatic efforts until the first bomb drops.  I’m going to be confident that we’re going to be successful, but I’m also confident Secretary Mattis will be successful if it ends up being his turn.

With respect to China, North Korea really represented our first engagement of this new administration with China.  It was – the first trip I made overseas was to Japan, South Korea, and China to begin the first articulations of this policy on North Korea’s nuclear program, the end of the strategic patience.  In many ways, this, I think, was fortuitous because it allowed this administration in its first engagements with China to find something that we could work together on.  And when we understood that our policies were identical and our objectives were the same, then that gave us a platform from which to engage on a positive way from the outset.

The history, as all of you know, of U.S.-China relations has been defined since the historic opening of the relationship with Nixon’s visit.  And that served the U.S. and the Chinese well and it served the rest of the world well.  But times have changed.  China has risen its economic power.  And in many ways, the successful Beijing Olympics was perhaps the coming-out of China to the rest of the world with a new sense of confidence and a new sense of a way forward.

I think both of us, the U.S. and China, are now searching for what will define the U.S.-China relationship for the next 50 years, because that relationship that was defined by the “one China” policy and the three joint communiques has served everyone well.  China has risen as an economic force in the world.  And while they like to continue to describe themselves as a developing nation because they have hundreds of millions who still need to move out of poverty, they are not a developing nation in the traditional sense.  They have an economy that is very large, and it certainly has its influence on global markets.  But as China has risen, a number of disparities have now occurred between the U.S. and China trade relations and China and other nations in trade relations as well which have to be addressed.

So in engaging with China in the first summit with President Xi coming to Mar-a-Lago, we worked with the Chinese to find a way to begin an exchange of understanding in views at a much higher level than had previously been conducted.  As many of you know, there were many, many dialogue mechanisms with China over the past several years.  I think when we – when I got to State Department, we had 26 different dialogues at various levels.  Our view was we needed to elevate these dialogues to a much higher level within our respective governments, closer to the ultimate decision makers.

So we created four significant high-level dialogues with representation from our side and from the Chinese side that is very close to President Trump and very close to President Xi.  The four dialogues are led by cabinet-level secretaries on our side and equivalents on the Chinese side.  This diplomatic and strategic Dialogue is chaired by Secretary Mattis and myself, and this dialogue is really to explore areas that we can work together and explore areas where we have differences, and in this exploratory process create results that will over time hopefully allow us to define what this new relationship will be.  The other dialogues are economic and trade, law enforcement and cyber, and social people-to-people dialogues.  All four of the dialogues met throughout the last year, and they are designed to be results-driven, and the results of those were reported out at President Trump’s summit in Beijing, his state visit plus.

So I think with respect to our relationship with China, we now have a very active mechanism in which we can put complex issues on the table.  And we have differences, such as the South China Sea and China’s building of structures, militarization of these structures, and how that affects our allies in the region as well in terms of free and open trade.  As we’ve said to the Chinese, we hope we can find a way to freeze this particular activity.  Whether we can reverse it remains to seen.  But it is not an acceptable – it’s not acceptable to us that these islands continue to be developed, and certainly not for military purposes.