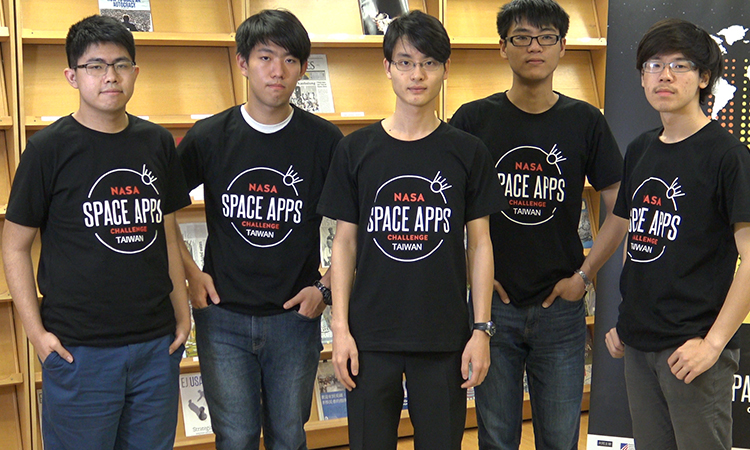 The American Institute in Taiwan is proud to announce that the Taiwan team, Space Bar, won first place in the global competition for “Best Mission Concept” in the 2017 NASA International Space Apps Challenge Hackathon, the world’s largest hackathon.  Space Bar competed against 25,140 participants who designed 2,017 projects in 187 locations around the world to win this global title.

Space Bar’s winning app is an easy-to-use tool to allow the public to obtain and understand landslide data by using NASA’s open data, and to contribute their own observations for use by emergency managers.  The members of Space Bar team are Yuan-Yao Sung, Hong-Ren Mao, Kai-Feng Chen, Yu-Chen Su, and Chia-Hsuan Lu.

The 2017 NASA International Space Apps Challenge was held around the world from April 29 to 30.  Projects which won first place, second place, and the People’s Choice Award from each location were submitted to compete for global awards.  After the first round of competition, the top 25 projects were selected to compete in the final round for awards in the following five categories (each category had five finalists):

Magic Conch, Taipei’s second place award winner, was one of the five finalists in the “Best Use of Data” Category.