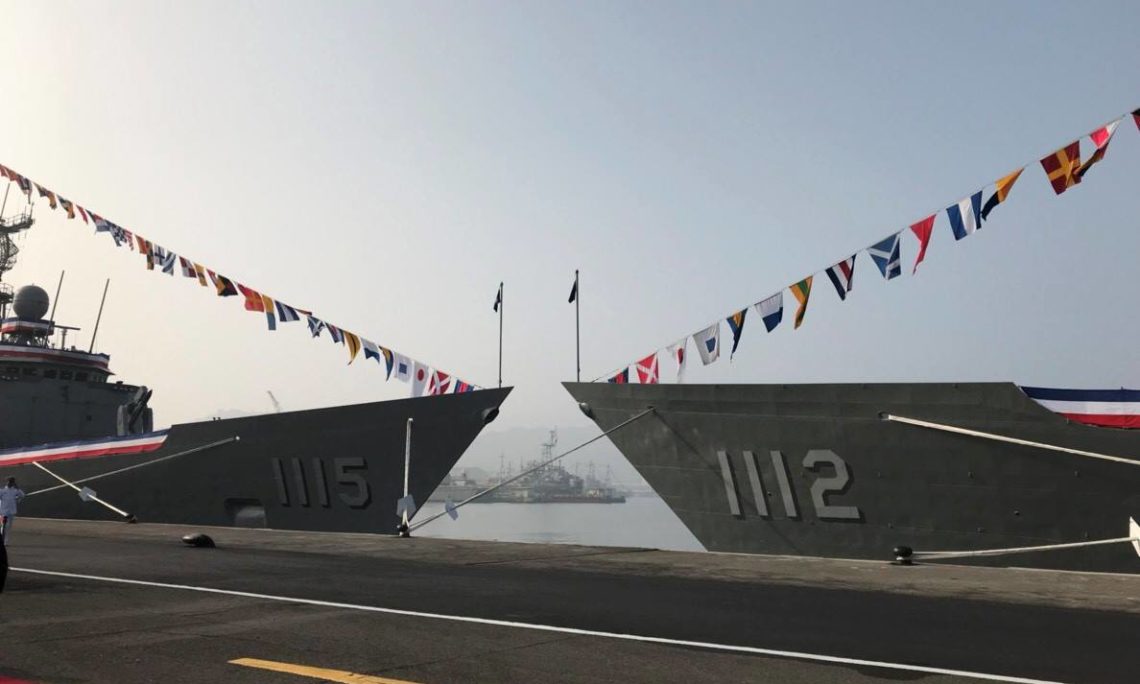 On November 8, 2018, PFG-1112 Ming Chuan (銘傳) and PFG-1115 Feng Chia (逢甲), formerly the USS Taylor and USS Gary, were commissioned at Zuoying Naval Base.  Representatives from the American Institute in Taiwan (AIT) attended the ceremony.

The sale of the two Oliver Hazard Perry-class frigates was announced by the Obama administration and Congress in December 2015.  The ships were signed over to Taiwan and departed Charleston, South Carolina in March 2017 and arrived in Taiwan in May 2017.

This sale is consistent with United States commitments under the Taiwan Relations Act to provide military articles that support Taiwan’s self-defense.  The entry into service of these two frigates will improve Taiwan’s capability in current and future defensive efforts, and furthers Taiwan’s continuing work to modernize its armed forces.  Additionally, the transfer will contribute to political stability, military balance, and economic progress in the Indo-Pacific region, key elements of our Indo-Pacific Strategy.