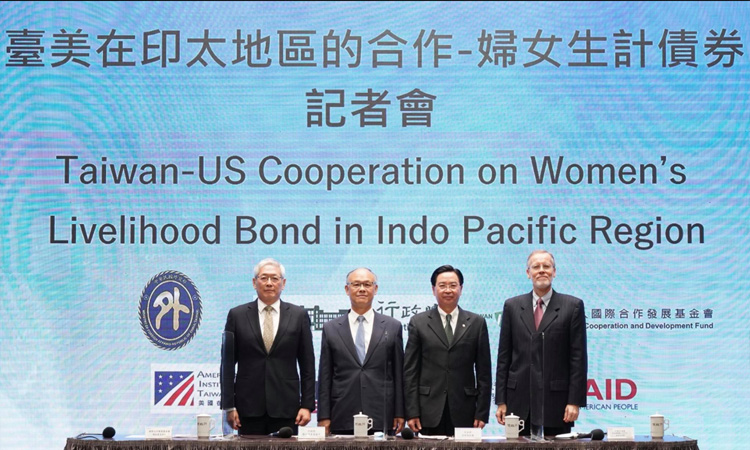 Under the goals of enhancing U.S.-Taiwan cooperation in the Indo-Pacific region, raising the public’s awareness of women’s economic empowerment, and demonstrating our contributions to regional development, Taiwan and the United States have committed to supporting the Women’s Livelihood Bond Series (WLB Series) structured and managed by the Singapore-based Impact Investment Exchange (IIX). DFC and TaiwanICDF are key credit enhancers for the WLB, which catalyzed private sector investors from around the globe including Taiwan. The WLB blends in both public and private resources, which empowers underserved women in the Indo-Pacific region, and fulfills SDG 5: Achieve gender equality and empower all women and girls.

The WLB Series is an innovative financial instrument with a focus on both social and financial returns. The third tranche of Women’s Livelihood Bond (WLB3) was issued on December 10, 2020. With a scale of US$27.7 million and a four-year tenure, WLB3 will support approximately 175,000 to 185,000 underserved women and female entrepreneurs in Indonesia, India, the Philippines, and other Asian countries. WLB3 will provide local women with access to credit, market linkages, and affordable goods and services, helping them to build sustainable livelihoods and reach their full economic potential. The bond also comes at a critical time when the local communities are recovering from and building resilience in the COVID-19 pandemic.

Taiwan is a key partner for the United States in the Indo-Pacific. Taiwan’s New Southbound Policy aligns with the United States’ strategic goal in the region, and U.S.-Taiwan cooperation in the WLB highlights our regional and global partnership and exemplifies our shared views on development in the region: Private investment is the sustainable solution to the Indo-Pacific’s economic needs, and like-minded partners can come together to catalyze and unlock private sector resources. With the WLB as a pioneering project of U.S.-Taiwan collaboration in the region, we will work on more concrete opportunities in the Indo-Pacific region that advance both U.S. and Taiwan policies and benefit local economies.

The WLB builds on U.S.-Taiwan partnership on women’s economic empowerment, including successful platforms and initiatives like the Global Cooperation and Training Framework, Women’s Economic Empowerment Summit, and our collaboration in APEC. Taiwan and the United States announced partnership under DFC’s 2X Women’s Initiative in August this year, and the WLB also supports the U.S.-Taiwan Economic Prosperity Partnership, which recognizes women’s economic empowerment as a cross-cutting issue that we will jointly promote in all areas of our cooperation. Taiwan’s contribution to the WLB will further strengthen its leadership in Asia on empowering women, and U.S. support for the whole WLB Series also builds momentum for its flagship programs, including the White House’s Women’s Global Development and Prosperity Initiative (W-GDP), which seeks to reach 50 million women in the developing world by 2025.