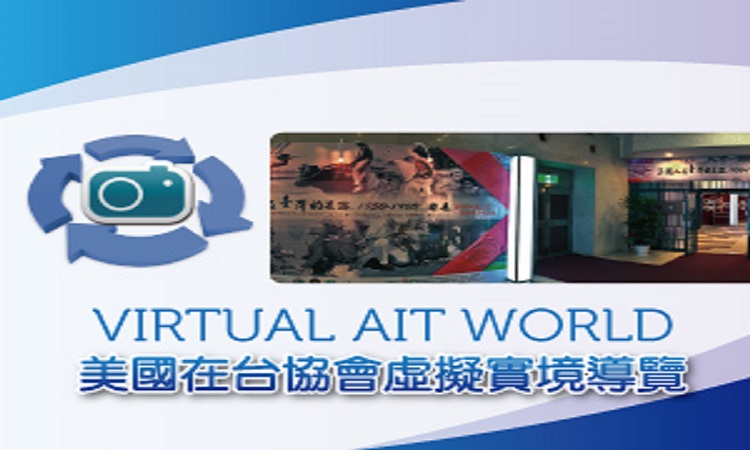 The Public Diplomacy Section of the American Institute in Taiwan (AIT) launched the Virtual AIT World on October 18, 2011 to share with the general public AIT’s programs and exhibits online.

AIT Spokesperson Christopher Kavanagh said, “This exciting new online tool is our latest effort to share AIT’s resources and programs with more people in Taiwan. The Virtual AIT World takes programs and exhibits that might have only lasted a short time and gives them a much longer life enabling more people to enjoy them.”

The Virtual AIT World uses a Panoramic 720 degree photography technique and includes three of AIT’s most popular exhibits — the “American Footsteps in Taiwan,” “Dr. Sun Yat-sen and the United States,” and “Picturing America.” More exhibits and features will be added in the future. To explore the Virtual AIT World, please visit http://virtual.ait.org.tw