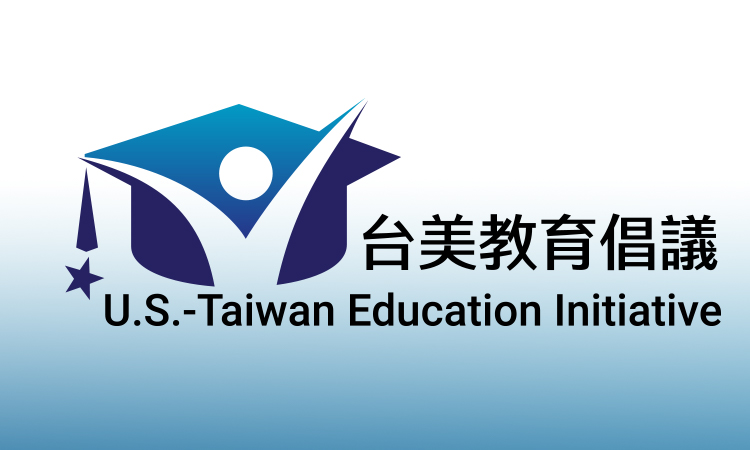 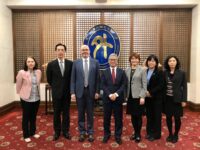 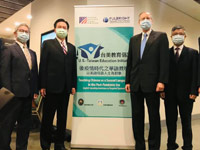 The U.S. Department of State’s National Security Language Initiative for Youth (NSLI-Y) program provides critical language study overseas for U.S. high school students through full, merit-based scholarships to participate in intensive summer and academic year programs. Participants study a language while immersed in the culture and day-to-day life of the host city. NSLI-Y is part of the National Security Language Initiative, a multi-agency U.S. government initiative launched in 2006 to improve Americans’ ability to engage with people from around the world. NSLI-Y plays an important role in preparing U.S. students for the 21st century’s globalized workforce, increasing American competitiveness, and contributing to national security. NSLI-Y participants also serve as citizen ambassadors, representing the diversity of the United States abroad and building lasting relationships with people in their host location. This program partnered with Tamkang University (Taipei) and Wenzao Ursuline University of Languages (Kaohsiung) in Taiwan. Learn More

The Gilman Scholarship Program, sponsored by the U.S. Department of State’s Bureau of Educational and Cultural Affairs is an undergraduate program for U.S. undergraduates of limited financial means to enable them to study abroad, thereby internationalizing their outlook and better preparing them to thrive in the global economy. The program aims to encourage students to study and intern in a diverse array of countries or areas and world regions. The program also encourages students to study languages, especially critical need languages (those deemed important to national security). Learn More

The Critical Language Scholarship (CLS) Program is an intensive overseas language and cultural immersion program for American students enrolled at U.S. colleges and universities. Students spend eight to ten weeks abroad studying one of 15 critical languages. The program includes intensive language instruction and structured cultural enrichment experiences designed to promote rapid language gains. CLS, a program of the U.S. Department of State, is part of a wider government initiative to expand the number of Americans studying and mastering foreign languages that are critical to national security and economic prosperity. CLS plays an important role in preparing students for the 21st century’s globalized workforce and increasing national competitiveness. This program partnered with National Cheng Kung University (Tainan) in Taiwan. Learn More

Taiwan’s Test of Chinese as a Foreign Language (TOCFL)

The MOE has been actively promoting TOCFL across the US and US government recognition of TOCFL certification as an educational qualification. In 2019, 49 TOCFL rounds were held across the US, drawing a total of 2,114 candidates—a 15 percent increase from 2018. TOCFL has been adopted as an important reference in applications for the MOFA Taiwan Fellowship, the MOE Huayu Enrichment Scholarship, jobs that require Mandarin proficiency, and Taiwan’s universities and colleges. Learn More
MOE Huayu Enrichment Scholarship (HES)

The MOE established the Huayu Enrichment Scholarship program in 2005. HES recipients can study at one of Taiwan’s Mandarin learning centers for two, three, six, nine, or 12 months. Each student receives a monthly stipend of NT$25,000 (approximately US$830). In 2019, 925 people from all over the world received the HES, including 187 recipients from the US. Learn More

Since 2010, the MOE has collaborated with the Taiwan-United States Sister Relations Alliance to establish the Global Ambassador Scholarship Program. Each year, around 55 students are given the opportunity to study Mandarin in Taiwan during summer break on a monthly stipend of NT$25,000 (approximately US$830). Learn More

In 2016, the MOE signed an MOU with the American Council for International Education to establish the Taiwan Intensive Summer Language Program and the Tradition and Modernity in Taiwan program, which enable dedicated students of Mandarin to complete a year of academic study in eight weeks. Over the last five years, the number of students applying for the two programs per year has grown from nine to over 50. Learn More
Foreign Student Short Term Chinese Study Group

MOE subsidies are available for groups of Mandarin students who wish to study in Taiwan. In 2019,there were five student groups came to Taiwan through this program. Learn More

The U.S. government offers diverse programs that can help U.S. citizens learn foreign languages. You may use the filters to find a federally funded language program that meets your needs. Higher education institutions can also apply to host some of these language programs. There are more about the personal and professional impacts of government-sponsored language programs for you to find out. Learn More

The Fulbright Foreign Language Teaching Assistant (FLTA) Program places early-career teachers of English at U.S. colleges and universities to serve as teaching assistants for U.S. students studying Mandarin. Twenty to 30 FLTAs are offered work as Mandarin teaching assistants in the US each year. In 2021, this number is expected to increase to 60, largely due to the suspension of the Fulbright programs in China and Hong Kong, plus five additional FLTAs sponsored by the Ministry of Foreign Affairs (MOFA). FLTAs also take academic courses in English teaching pedagogy and U.S. studies, and return to their teaching role in their home institutions with improved English teaching skills and a deeper understanding of American values.The Fulbright Scholar Program is also offering research awards in the United States to Taiwan scholars in a variety of fields. Learn More

The Ministry of Education has formulated regulations on financial aid for teachers and teaching assistants teaching Mandarin overseas, consisting of round-trip airfare, a monthly stipend of US$1,200, and a one-time teaching material allowance of US$300. Under this program, the U.S. host university pays for visa fees and health insurance and provides salary and accommodation. In 2019, the MOE sent 19 Mandarin teachers and 36 teaching assistants to the United States. Learn More

Mandarin for Overseas Teachers of Chinese

The MOE offers subsidies for groups of foreigners who teach Mandarin in US schools,colleges or universities to visit Taiwan for further professional training and observation. Learn More

The Fulbright Program is the flagship international educational exchange program sponsored by the U.S. government and is designed to increase mutual understanding between the people of the United States and the people of other countries and areas. The Fulbright Program provides participants from other countries and areas with the opportunity to study, teach and conduct research, exchange ideas and contribute to finding solutions to shared international concerns. Taiwan participates in a number of Fulbright Program activities, which are administered by the Fulbright Commission in Taipei, also known as the Foundation for Scholarly Exchange (FSE). Learn More

The English Language Specialist Program recruits top-tier American educators in the field of TESOL to lead short-term English language education projects ranging from two weeks to three months—with the average length of two-four weeks. Specialist project proposals are accepted on a rolling basis, and must be submitted to the U.S. Department of State’s Bureau of Educational and Cultural Affairs at least three months prior to the project start dates. Since 2007, over 80 countries or areas have hosted more than 1,000 English Language Specialists. Learn More

The ETA program is a component of the Fulbright U.S. Student Program that provides fellowships to U.S. college graduates to teach English abroad for one academic year. ETAs are placed in 70 countries or areas annually to teach English in host country primary and secondary schools,and universities— the majority in under served regions and schools. Learn More

The American English Live Professional Development Program is an online professional development program for teachers worldwide that is broadcast via Facebook Live. Presenters are U.S. TESOL professionals and topics cover a wide range of practical classroom ideas,up-to-date methodology, professional development, and introduction to resources. Participants attend both individually and in viewing sessions. Each session is recorded and made available on the American English for Educators Facebook page for those unable to view the session live. Learn More

The Online Professional English Network (OPEN) Program (formerly the American English E-Teacher Program) is designed to improve the quality of overseas English language teaching with innovative distance learning technology. OPEN offers foreign English teaching professionals, learners, and other professionals the opportunity to take innovative online courses on a wide variety of topics for English teachers and learners. All course materials, including the courses themselves, are openly licensed, allowing teachers to use, revise, adapt, and share the materials with their educational communities. OPEN Program courses are offered periodically throughout the year through Canvas Network learning management system. They are either facilitated by TESOL university experts(Global Online Courses, GOCs), or self-directed (Massive Open Online Courses, MOOCs). Learn More

Massive Open Online Courses (MOOCs) are free online courses and are offered through University of California, Berkeley, and University of Pennsylvania. ECA/A/L offers a suite of MOOCs for a global audience of both learners and teachers of English. Course offerings include English Media Literacy, English for STEM, English for Business and Entrepreneurship, and English for Journalism, as well as TESOL Methodology and other pedagogical courses designed for teachers. Learn More

The American English website is designed for English language teachers around the world and houses numerous resources, most of which are downloadable and all of which are free. Learn More