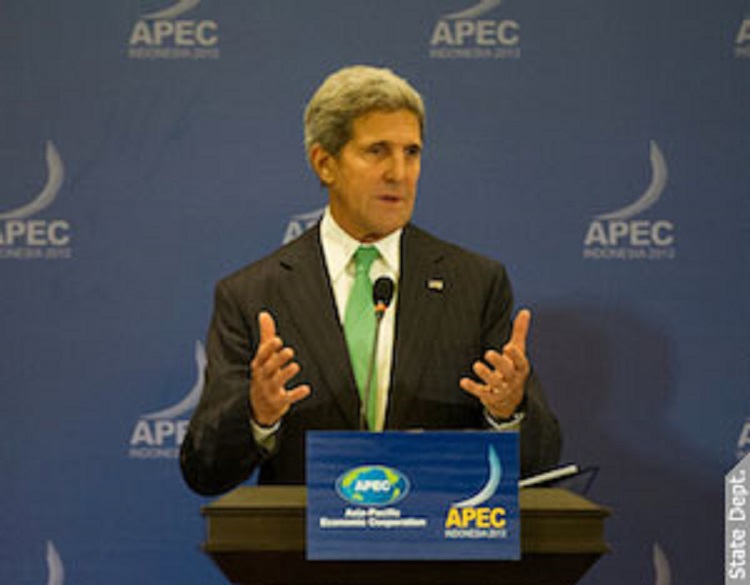 On October 6, Secretary of State John Kerry met with Taiwan Leader’s Representative Vincent Siew at the Asia-Pacific Economic Cooperation (APEC) forum in Bali, Indonesia to discuss steps both sides are taking to advance substantive unofficial relations between the United States and Taiwan.

During the meeting, Secretary Kerry highlighted the close economic and trade relationship between the people of the United States and the people on Taiwan. He praised progress made in talks held under the auspices of the Trade and Investment Framework Agreement between the American Institute in Taiwan and the Taipei Economic and Cultural Representative Organization in the United States. He noted the importance of trade liberalization to Taiwan’s economic future. Secretary Kerry welcomed the increase in travel of Taiwan visitors to the United States following Taiwan’s entry into the U.S. Visa Waiver Program effective on November 1, 2012, building people-to-people understanding and supporting jobs in the travel and tourism sectors. He expressed the United States’ support for Taiwan’s meaningful participation in international organizations, including the International Civil Aviation Organization.

Secretary Kerry welcomed Taiwan’s leadership within APEC on small and medium enterprises, women’s empowerment, and bridging the digital divide. He thanked Taiwan for co-sponsoring with the United States a new mechanism to remove supply chain chokepoints and enhance regional connectivity.

Secretary Kerry said he looked forward to a planned November 2013 visit to the United States by a delegation of Taiwan business leaders and investors to be led by Mr. Siew following the October 31-November 1 SelectUSA Summit in Washington, D.C.